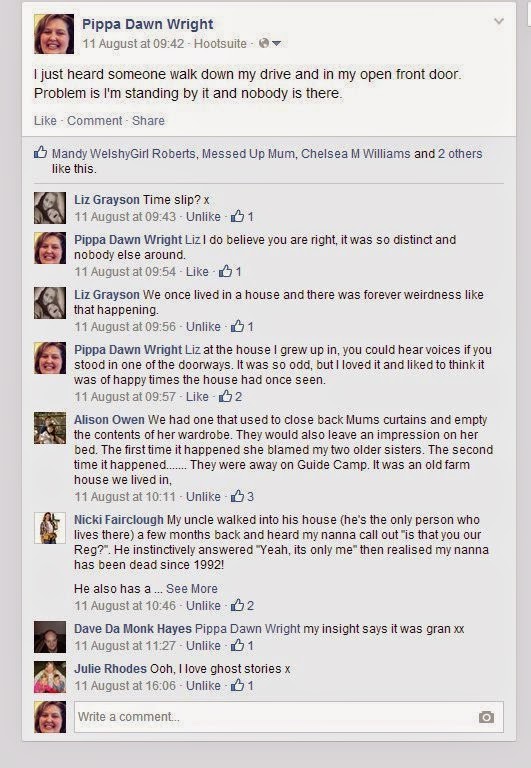 A few people shared stories, my Cousin tried to put my mind at ease by telling me it was our Gran coming to see me, but I wasn't so sure. I know my Gran's walk, even though she died several years ago and this wasn't her walk.

I didn't think any more of it. Why should I? It was probably just an echo.

And then the next morning, something else happened. 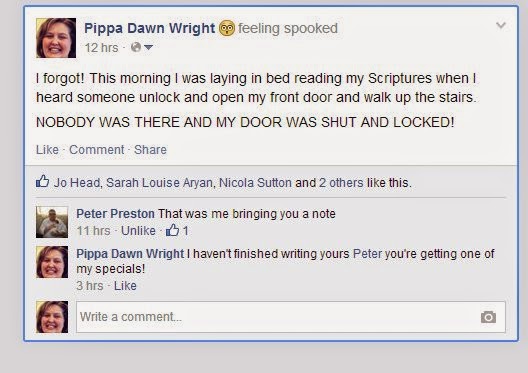 Yup. A second distinct sound of someone at the door.

This time I was a little more freaked out, and I mentioned it to my Mum. Mainly I mentioned it to her so she'd also tell me it was my Gran, (although where she got a set of keys from I have no idea) as I like the idea of my Gran hanging around my house as I miss her.

My Mum instead reminded me that the other week she was having a nap in her bedroom, when she awoke to my sister sitting on the bed next to her. As my Mum properly opened her eyes however, she realised that A it wasn't my Sister and B nobody was there... and yet she could still feel where the persons hand had been on her arm, shaking her awake.

Nothing happened this morning. I was almost a little disappointed, but after I had got dressed and was finished cleaning up my room, I opened my curtains to see this.

Correct me if I'm wrong, but that's The Grim Reaper standing at the top of my driveway*.

And a few minutes later, it got closer. 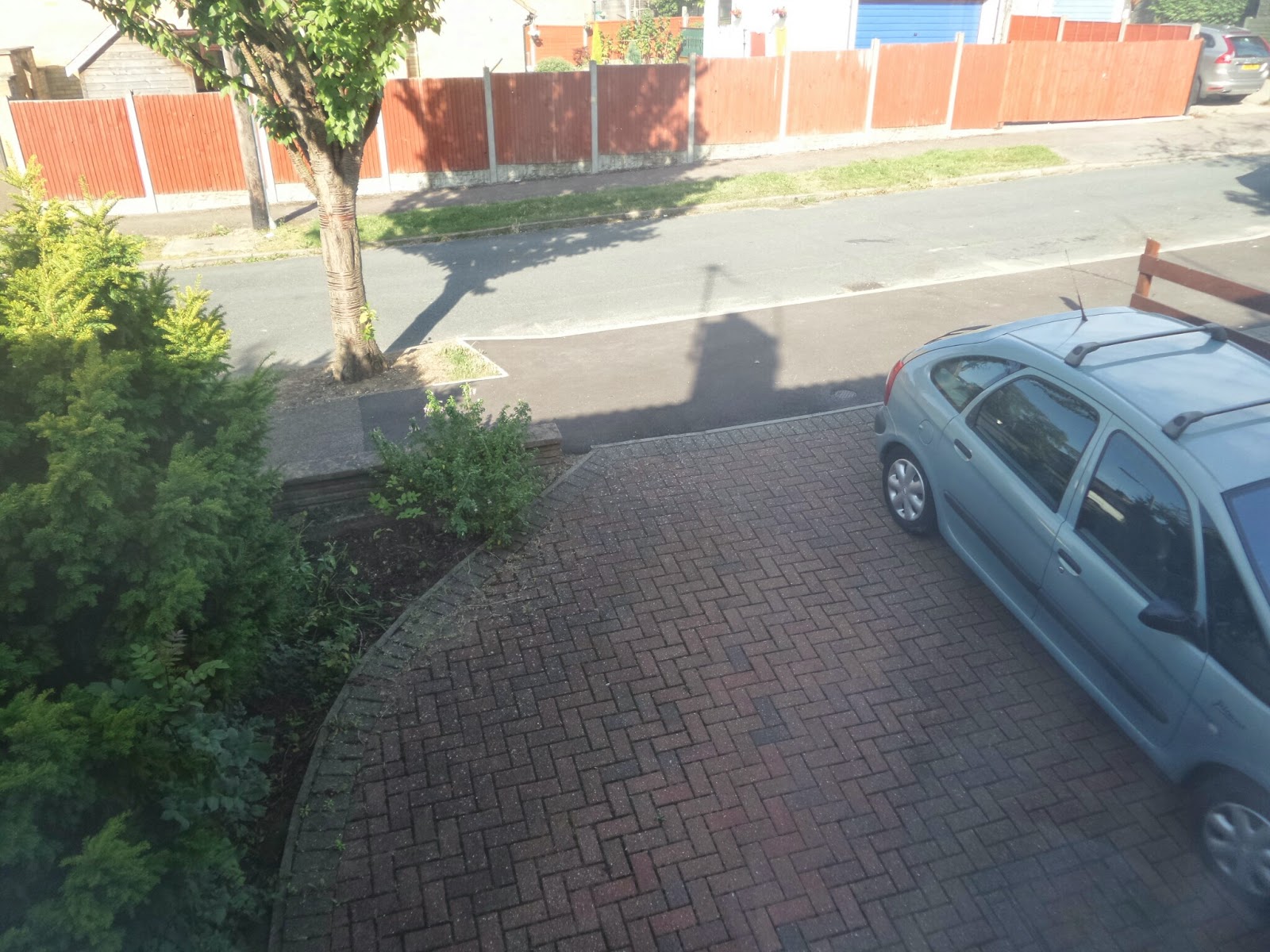 So yup, I updated Facebook, Twitter and Instagram with the picture and now I'm opening this up to you. What spooky happenings have been going on in your life or to members of your family? Come tell me that I'm not the only one!

*I know that this is just the Chimney shadow. At least it had better be!
Family Life