- August 30, 2014
One of the great things about living in Milton Keynes is that there are hundreds of restaurants to choose from. One that I've often walked past and thought would be a good place to go when I didn't have the children with me was Zizzi. To me, it looks like a grown up restaurant and the last time I took a child to a posh Italian restaurant, the chef looked at me pityingly because my daughter (who was three at the time) wanted cheap pasta and sauce instead of the delicious fresh pasta he was producing. So hearing that they (Zizzi) had revamped their children's menu was a revelation, children's menu means children are welcome and the new menu sounded delicious, so we decided we'd head off to review the restaurant and menu. 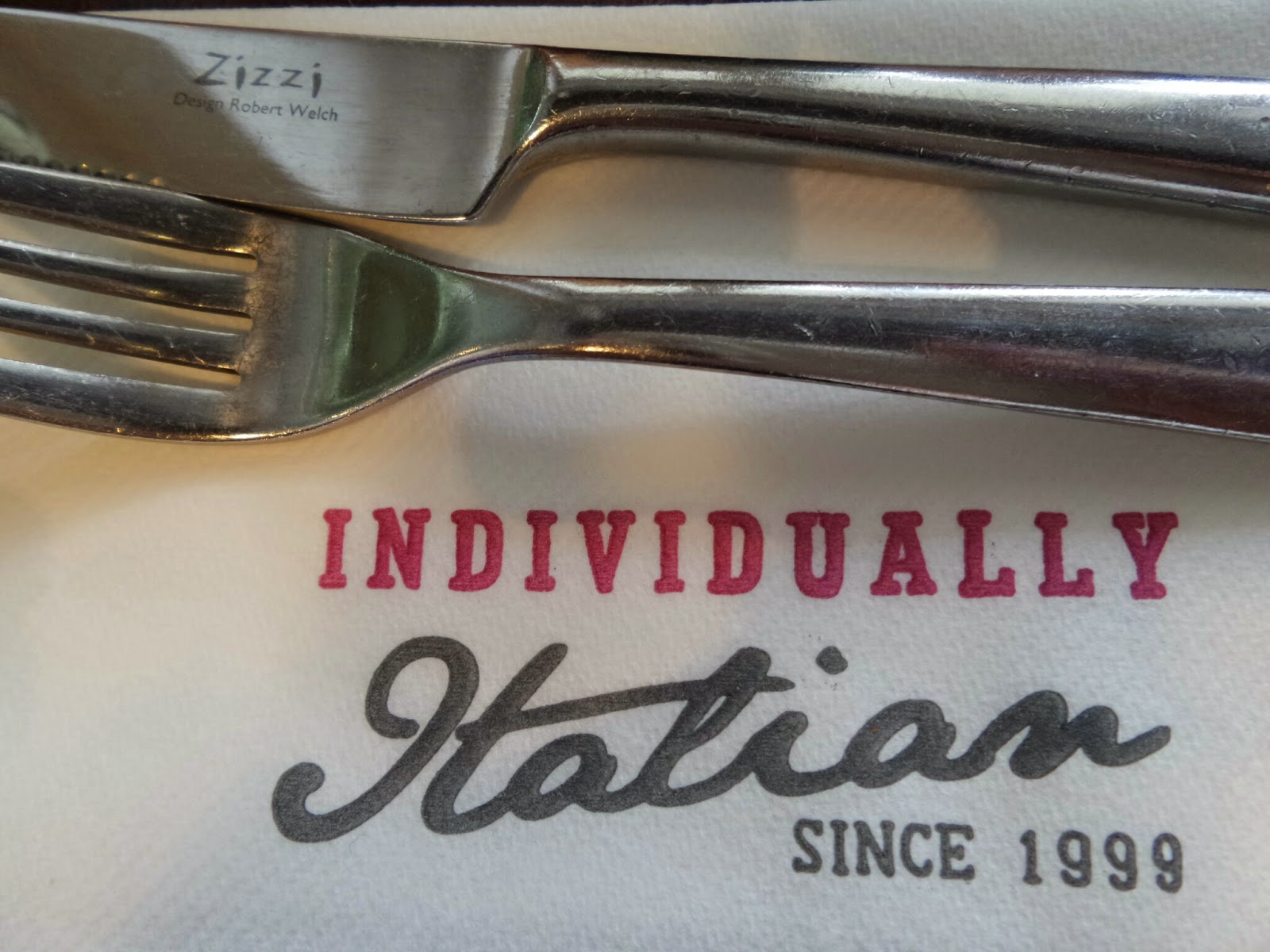 Big Boy and I arrived first, and our lovely Waitress asked us where we'd like to sit. The entire restaurant was empty and so we asked where she suggested and she gave us a window seat. This way, we'd have a good people watching viewpoint and it was one of the best seats in the house. Big Boy was rather pleased to be handed a colouring sheet and some Crayola crayons and happily sat colouring whilst we waited for the rest of our party (Top Ender and my Mum) to arrive. 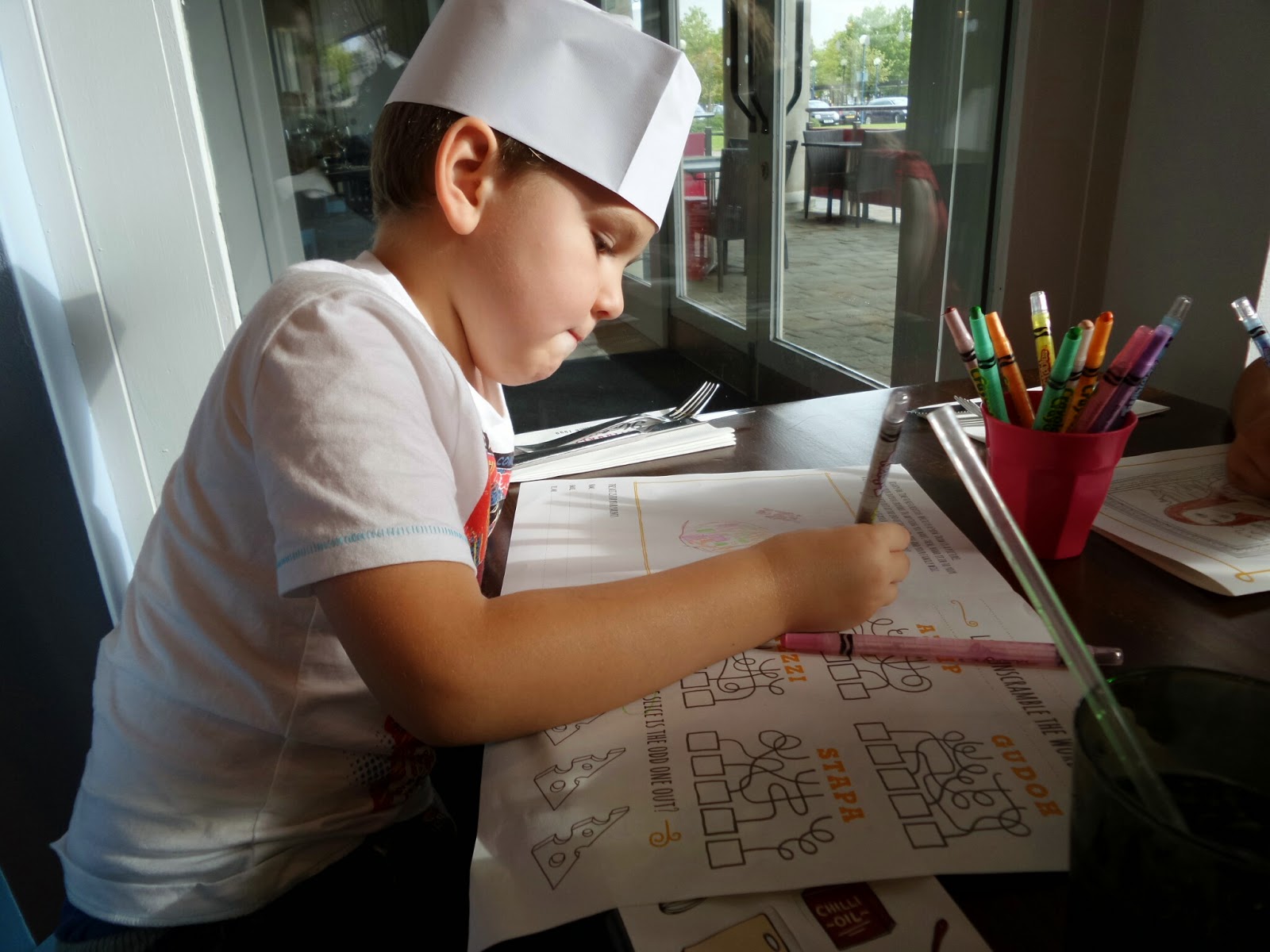 Eventually once we were all in and had read the menu (or rather I read the menu to my Mum as she'd forgotten her glasses) we placed our orders. Mum and I started with a Cicchetti Platter and I had to explain to her that seeing as we were blogging this meal, she couldn't start until I'd taken pictures... she raised her eyebrows at me but the children looked at her with what could only be described as a "Just roll with it" expression that she put back the prawns she'd picked up and sat patiently waiting for me to finish before removing them again! 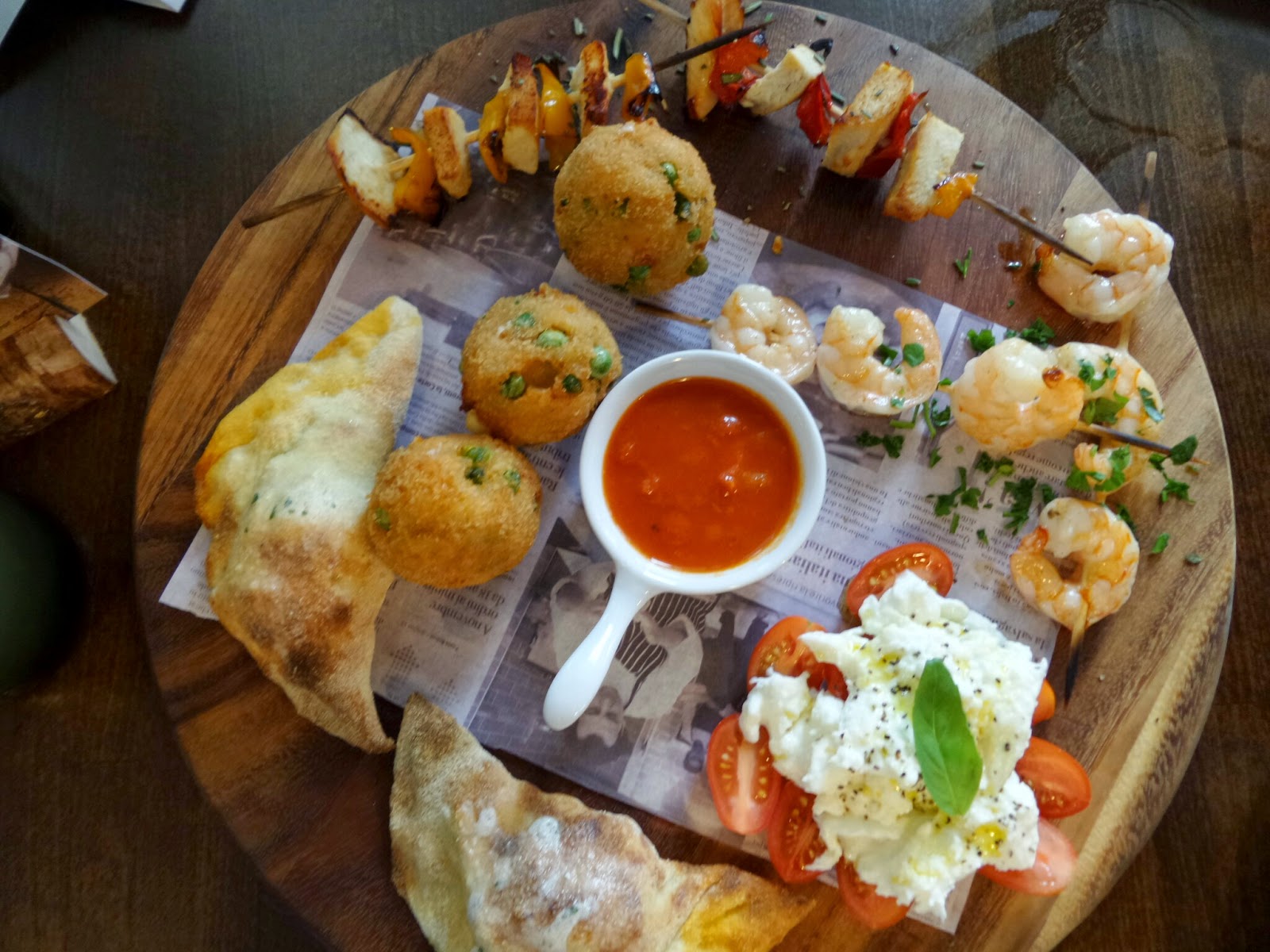 That food there is the most delicious food I have ever tasted. The prawns were so delicious that my Mum and I were still talking about them as we ate pudding. I'm still drooling thinking about them now. The children's starter was a lot of fun too, cucumber and carrot sticks with a dough stick presented in a little bucket! 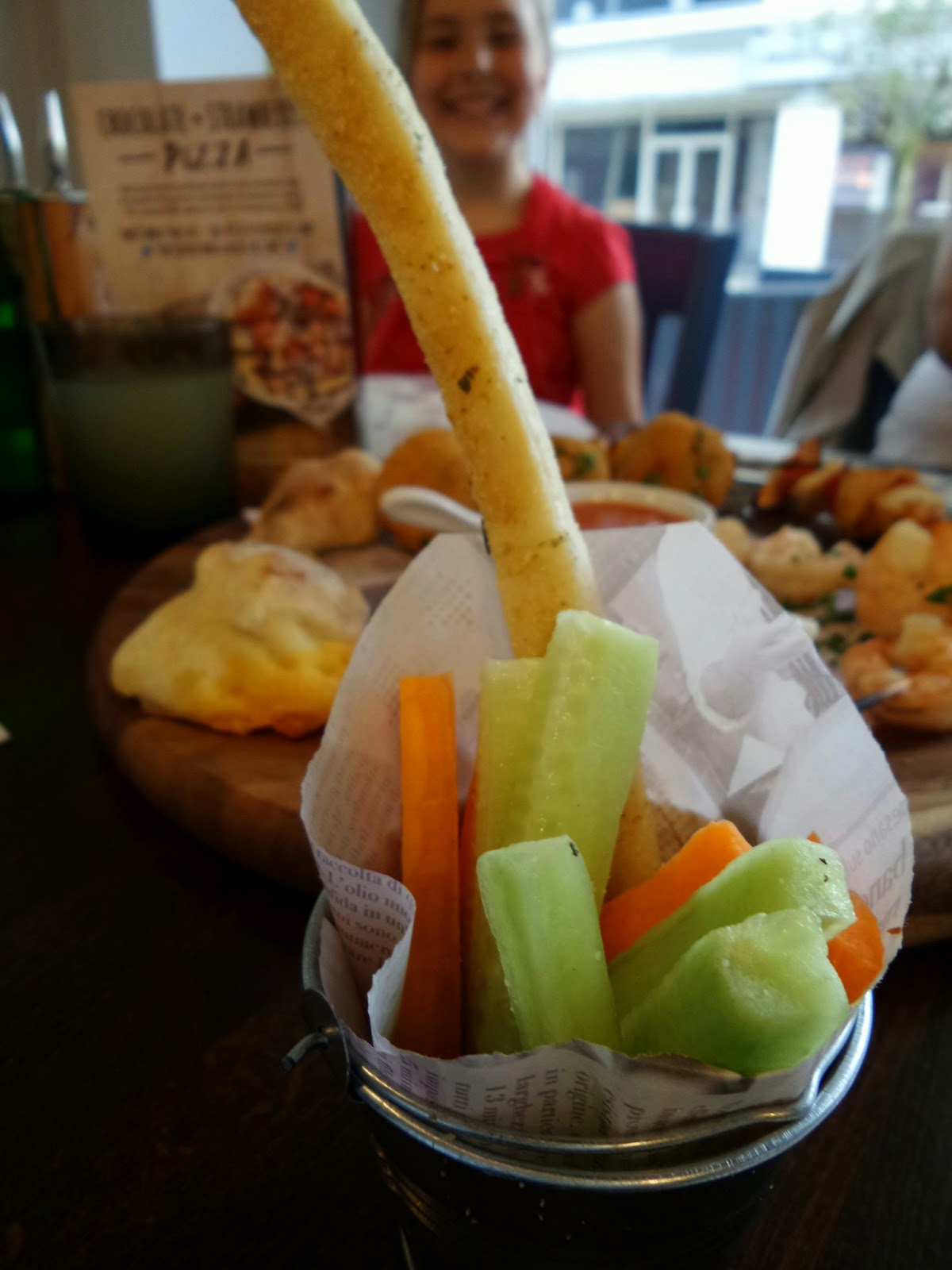 Our main meals soon came, the children had opted for Pizza, my Mum the Risotto Pesce although she said she was going to dump all the squid rings on to my plate and I went for the Crab Linguine. 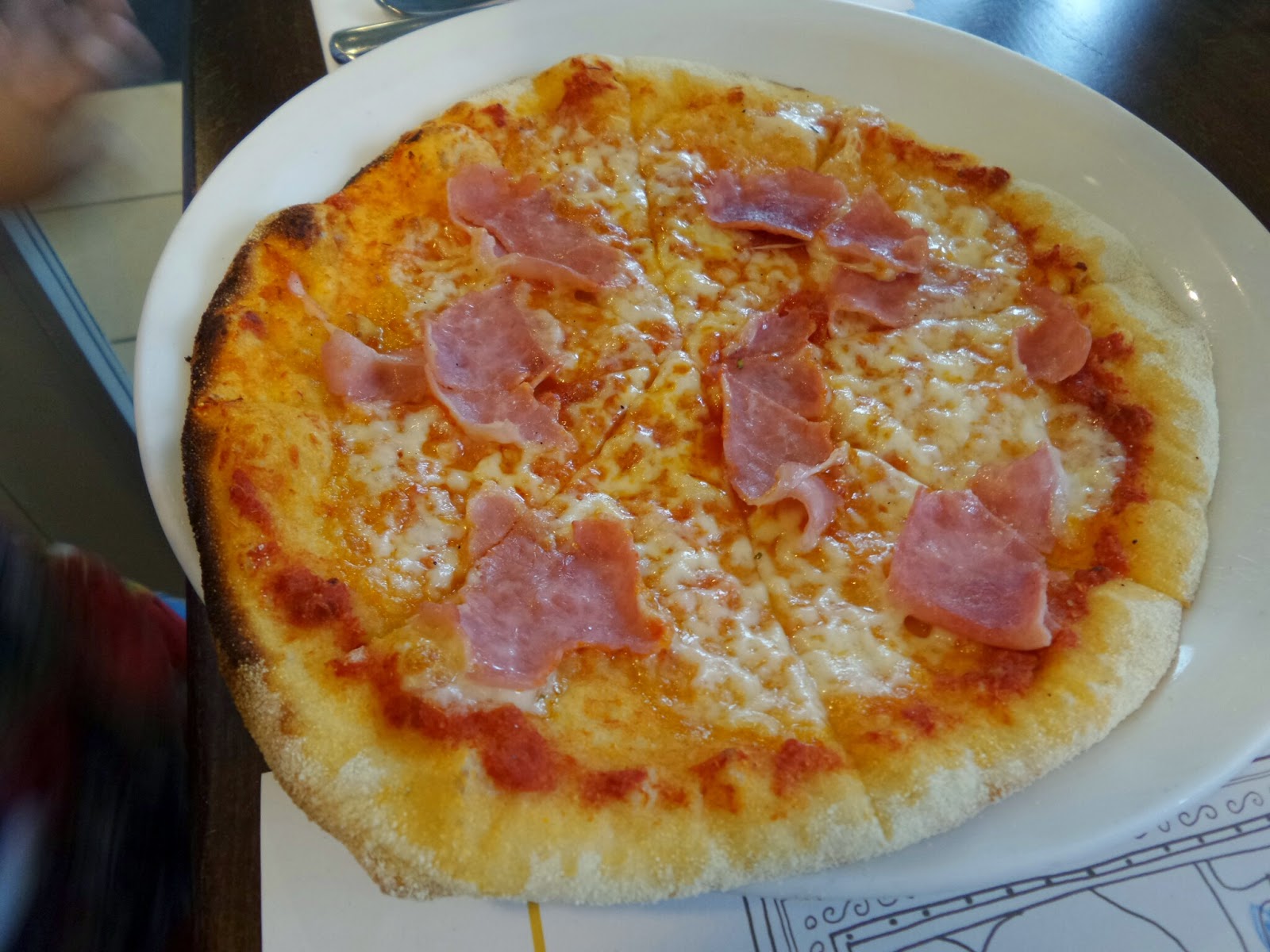 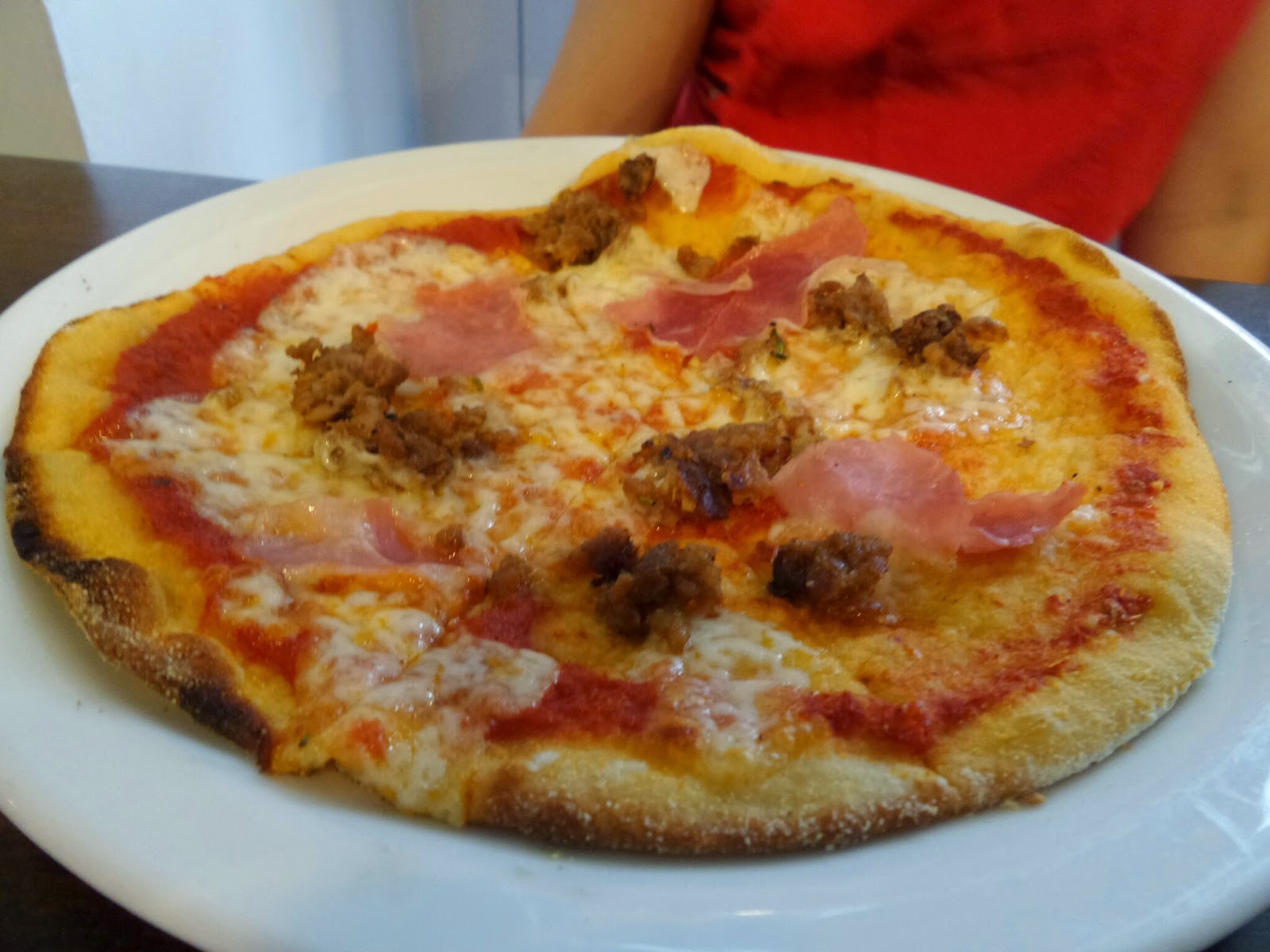 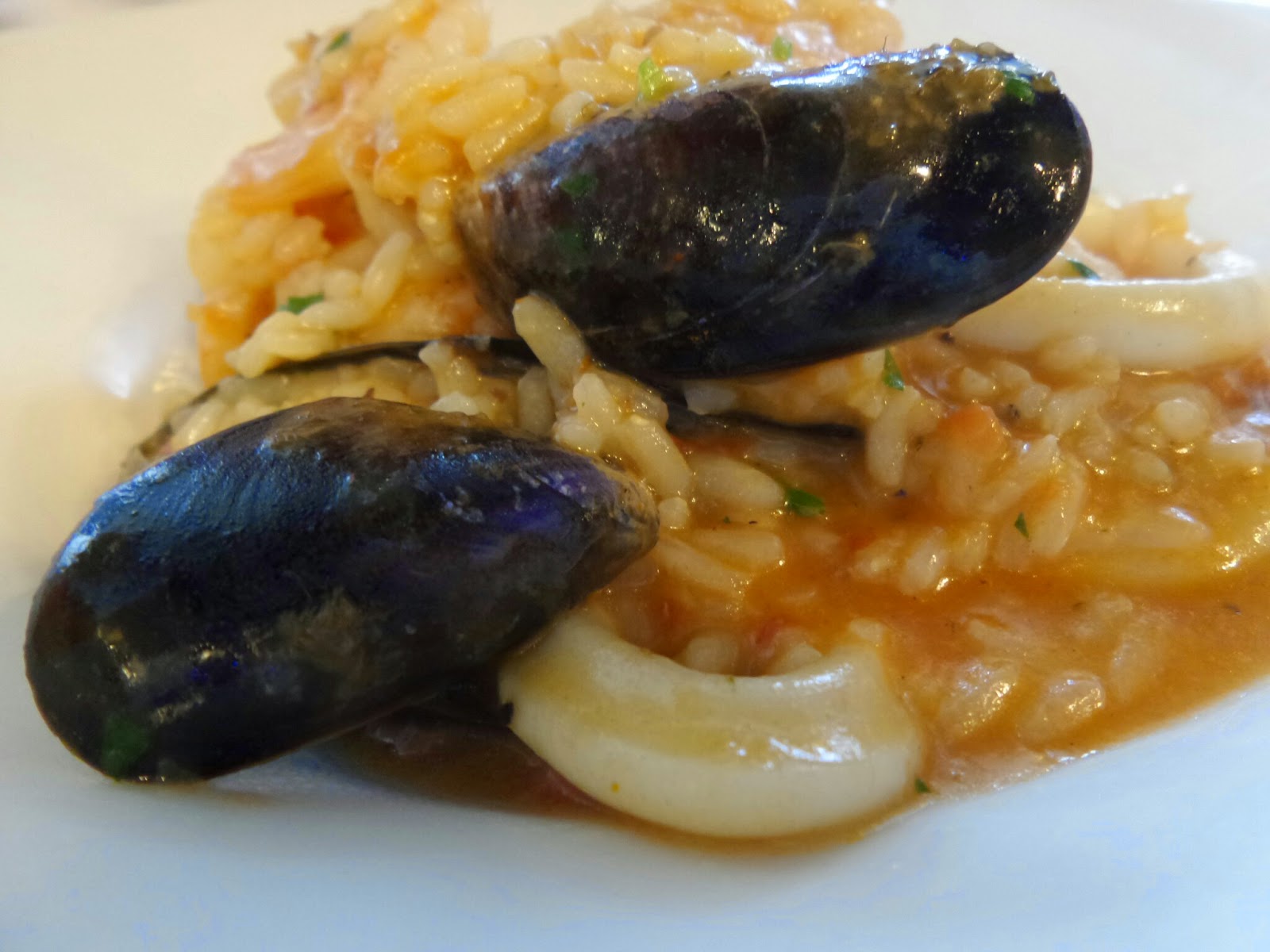 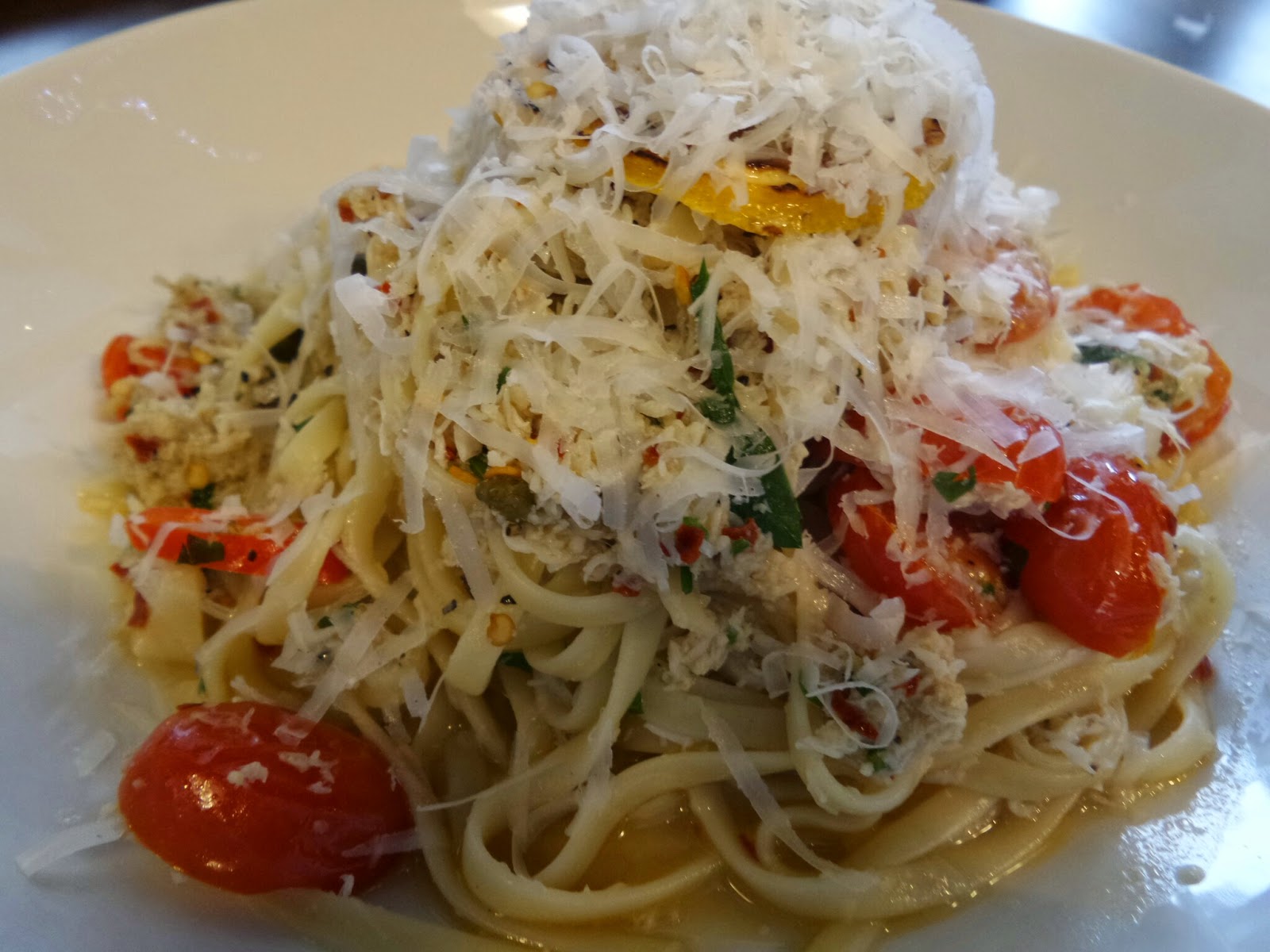 These four dishes were the second, third, fourth and fifth most delicious things I've ever tasted. My Linguine seemed to go on forever, it was a huge serving (I didn't complain!) and the number of squid rings and prawns in my Mums risotto was surprisingly large. The pizzas were both thin so much so that when BB offered my Mum a piece she immediately ate it despite not liking pizza normally. 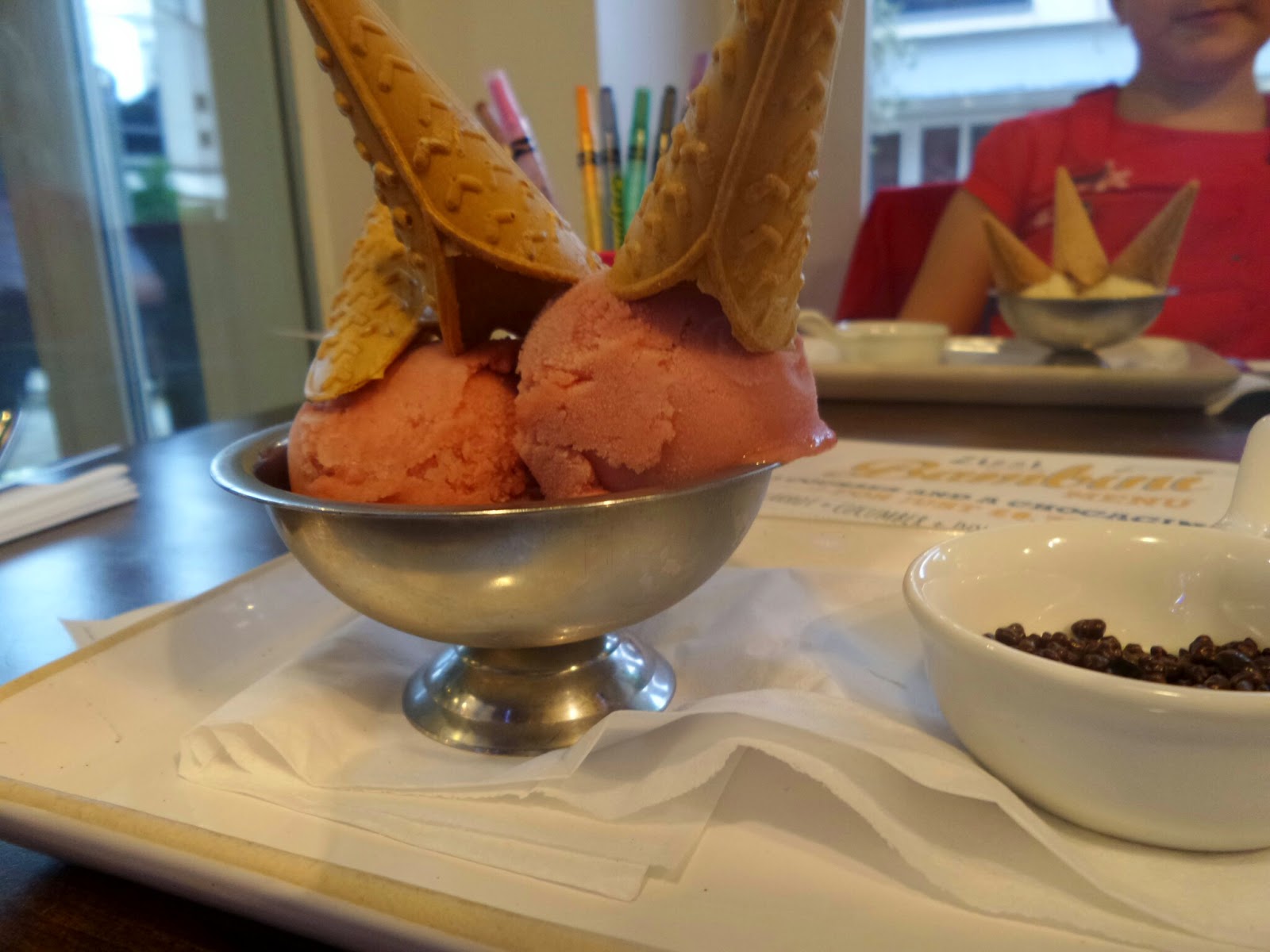 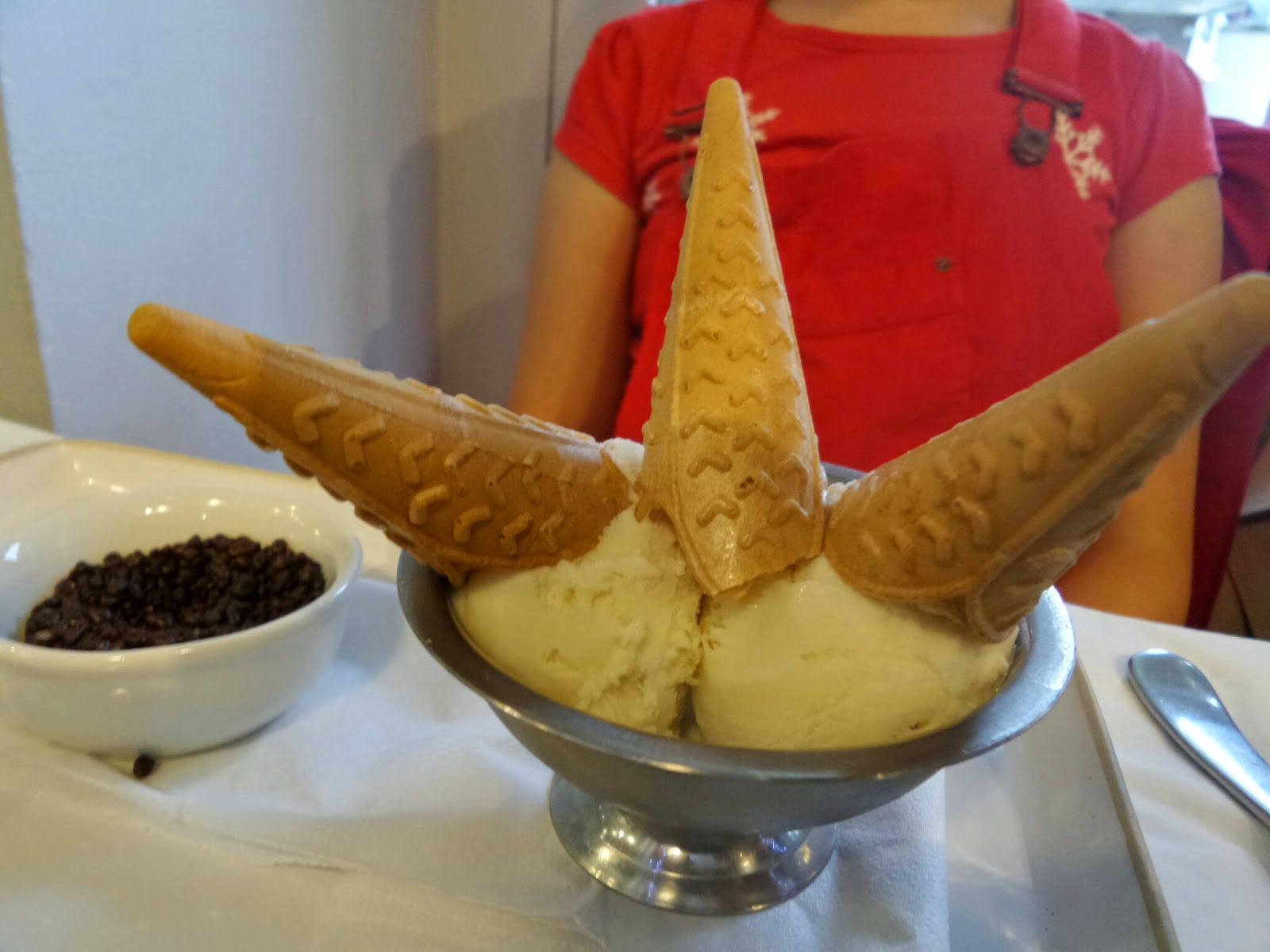 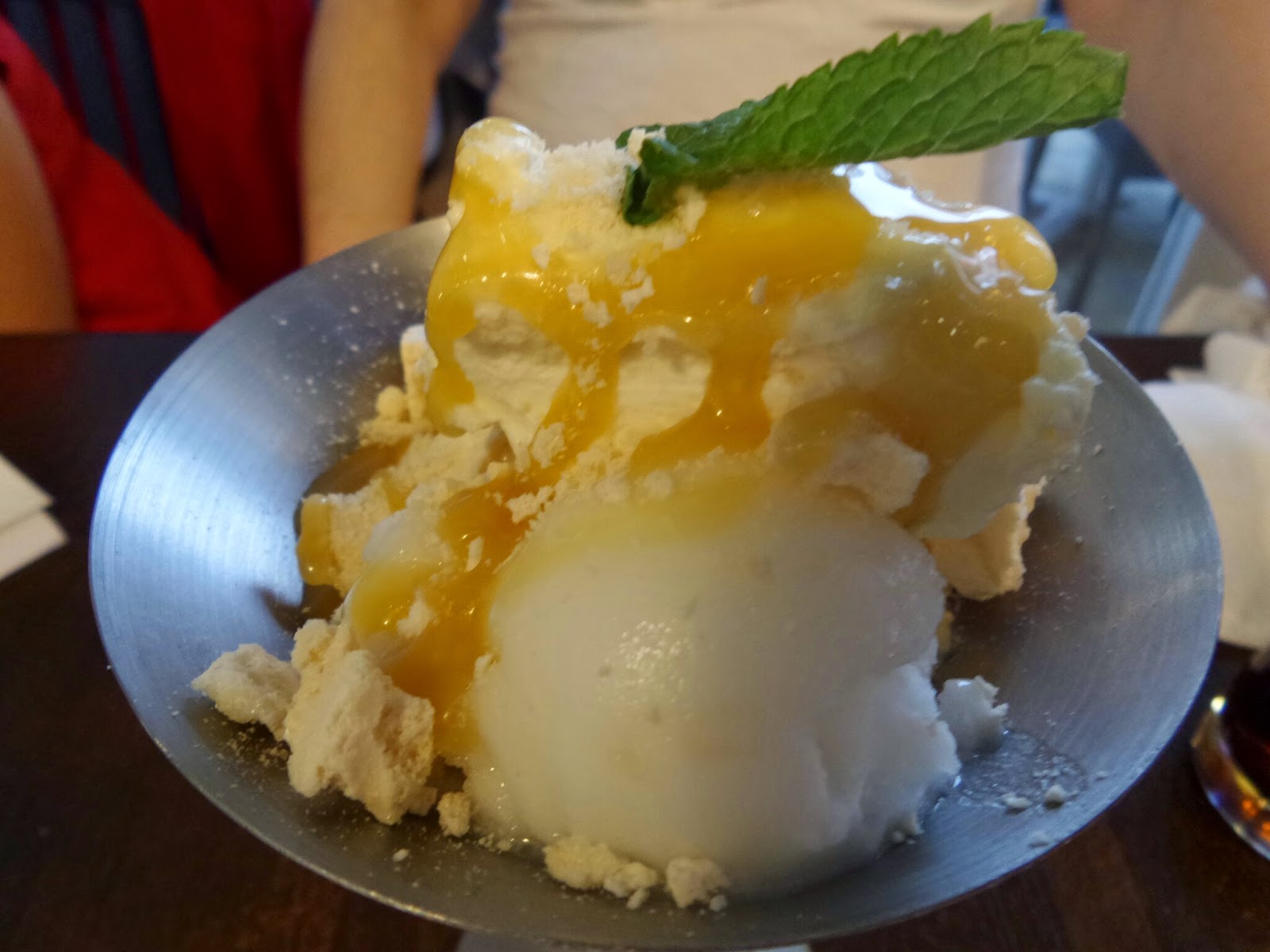 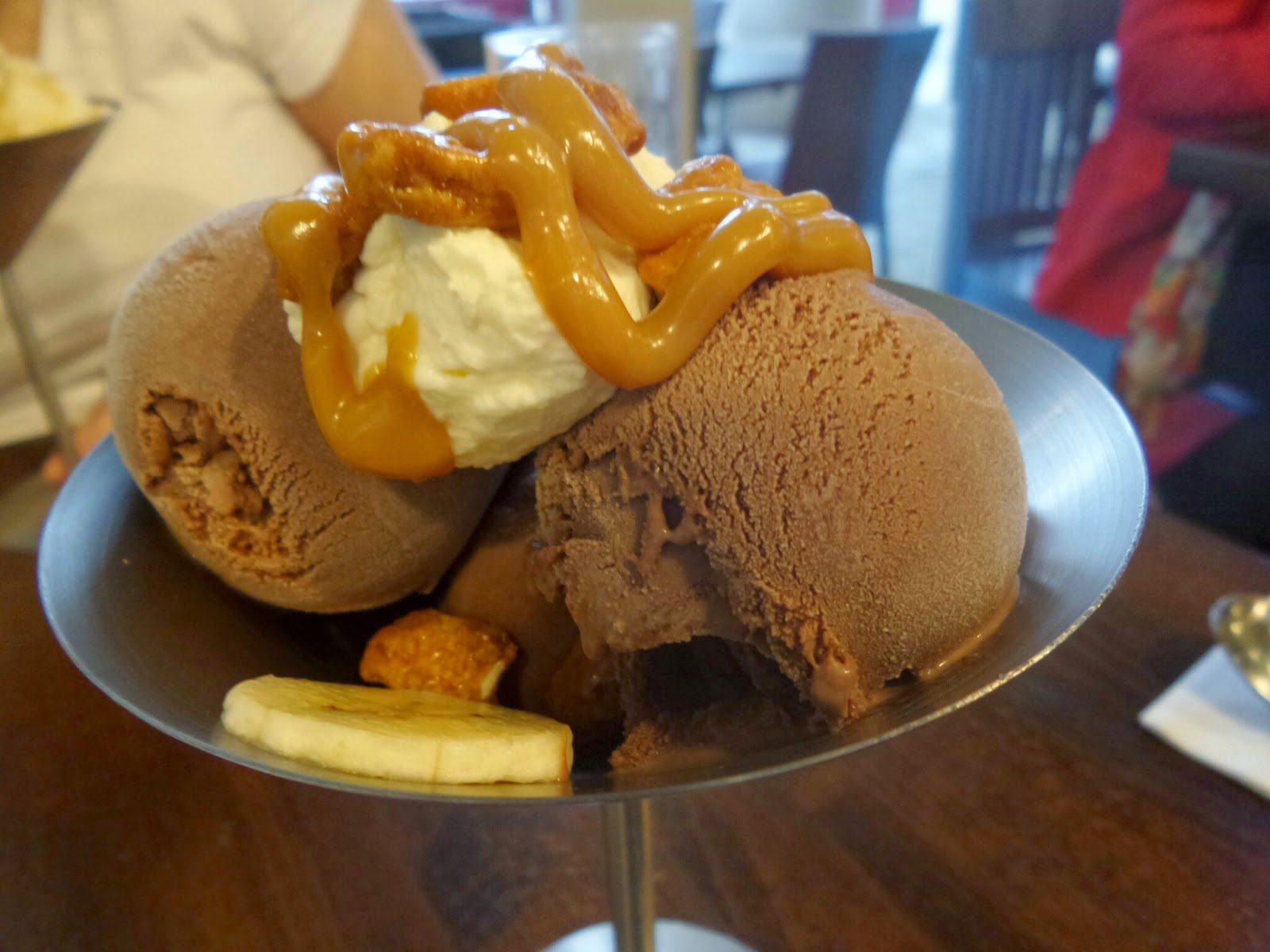 The puddings were all delicious, but too rich for me and Big Boy as we couldn't finish ours. Big Boy had Strawberry Sorbet with cones, Tops went for Vanilla Ice-Cream, my Mum decided on the Lemon Meringue Sundae and I went for the Chocolate and Toffee Nut Sundae. The fun thing was for Big Boy and Top Ender that they got a bowl of Chocolate Popping candy to decorate their Zizzi Bambini Cones with, of course most of it ended up across mine and my Mums pudding, but we didn't mind too much!


The meal was one of those family affairs, where we all shared each others meals and sampled bits of this and that, looked longingly at other plates on other tables (the salads look AMAZING) and it was actually a pretty fantastic place to take the children... even if they were the only ones there!

As Zizzi also do gluten free pasta it is definitely going on my family restaurant list for the future.

We were given our meal free of charge for the purpose of this review. If I hadn't enjoyed the meal I would have said so... I mean I did tell you that the ice-cream was too rich for me didn't I?!
Family Life Food Gluten Free Paid Day Out Restaurant Review