- August 06, 2014
Despite me having a conversation with Daddy, saying how this weekend we'd go to Dunstable Downs to watch the Sunset, I forgot. Which is why roughly an hour after we'd had the conversation Top Ender, Big Boy and I found ourselves sitting on our picnic mat, wrapped in blankets and drinking Hot Chocolate at the top of Dunstable Downs with me suddenly remembering. 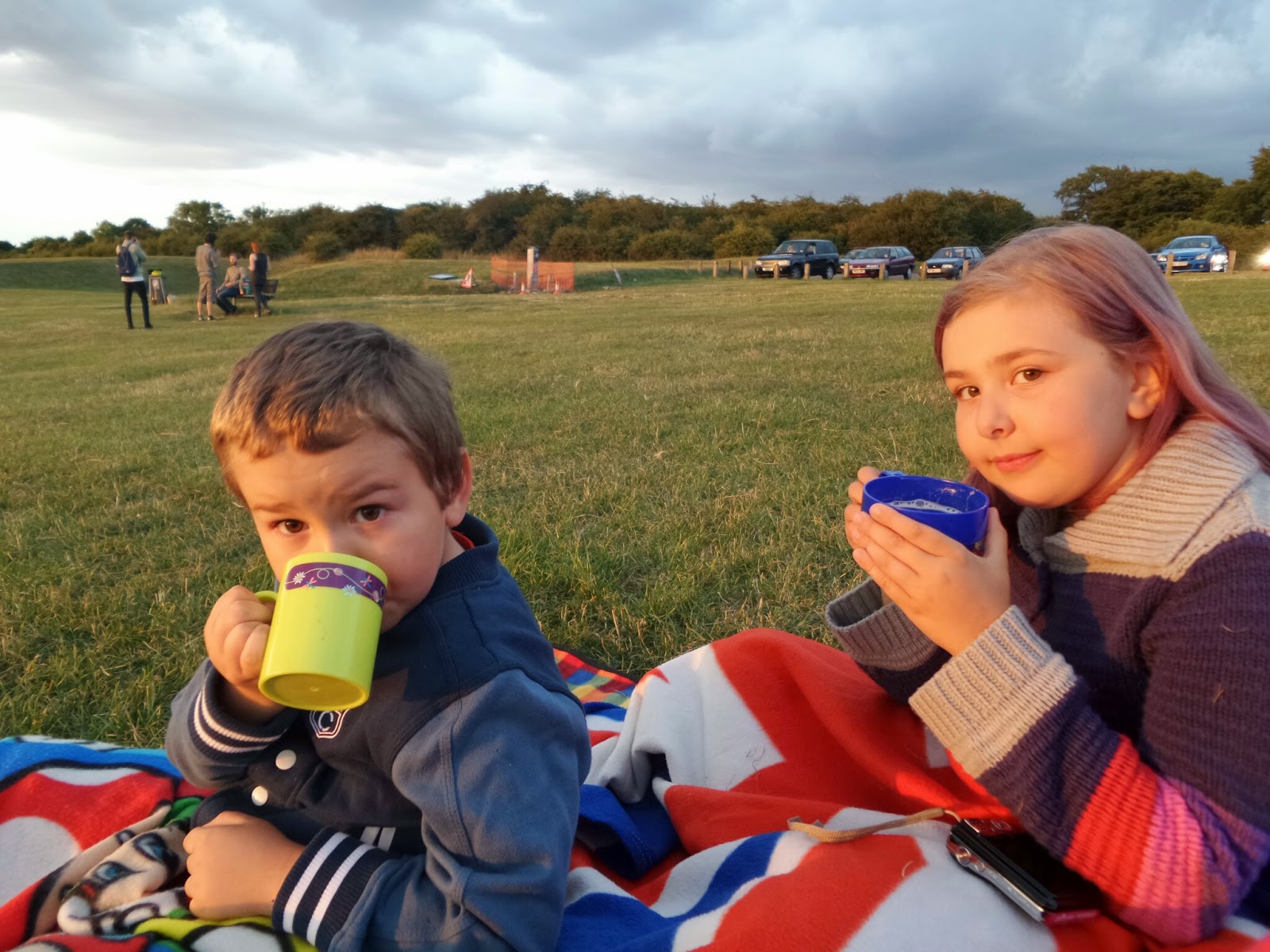 And taking a selfie to commemorate the moment. 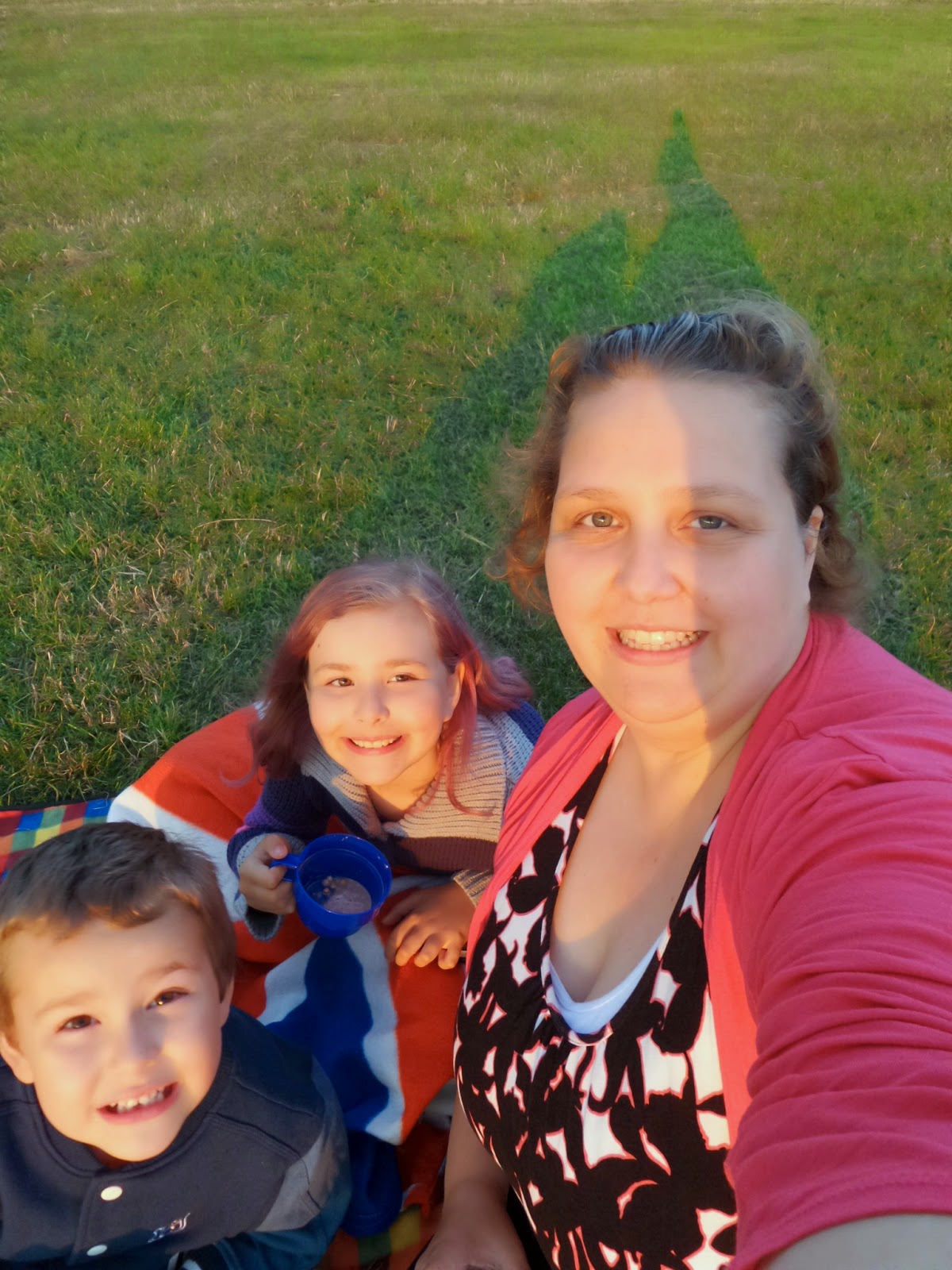 We watched the Sun start to go down as we drank Hot Chocolate. I'd been clever and brought cream and sprinkles with me and figured that I pretty much have this parenting lark down. Did I mention that I also brought Marshmallows? 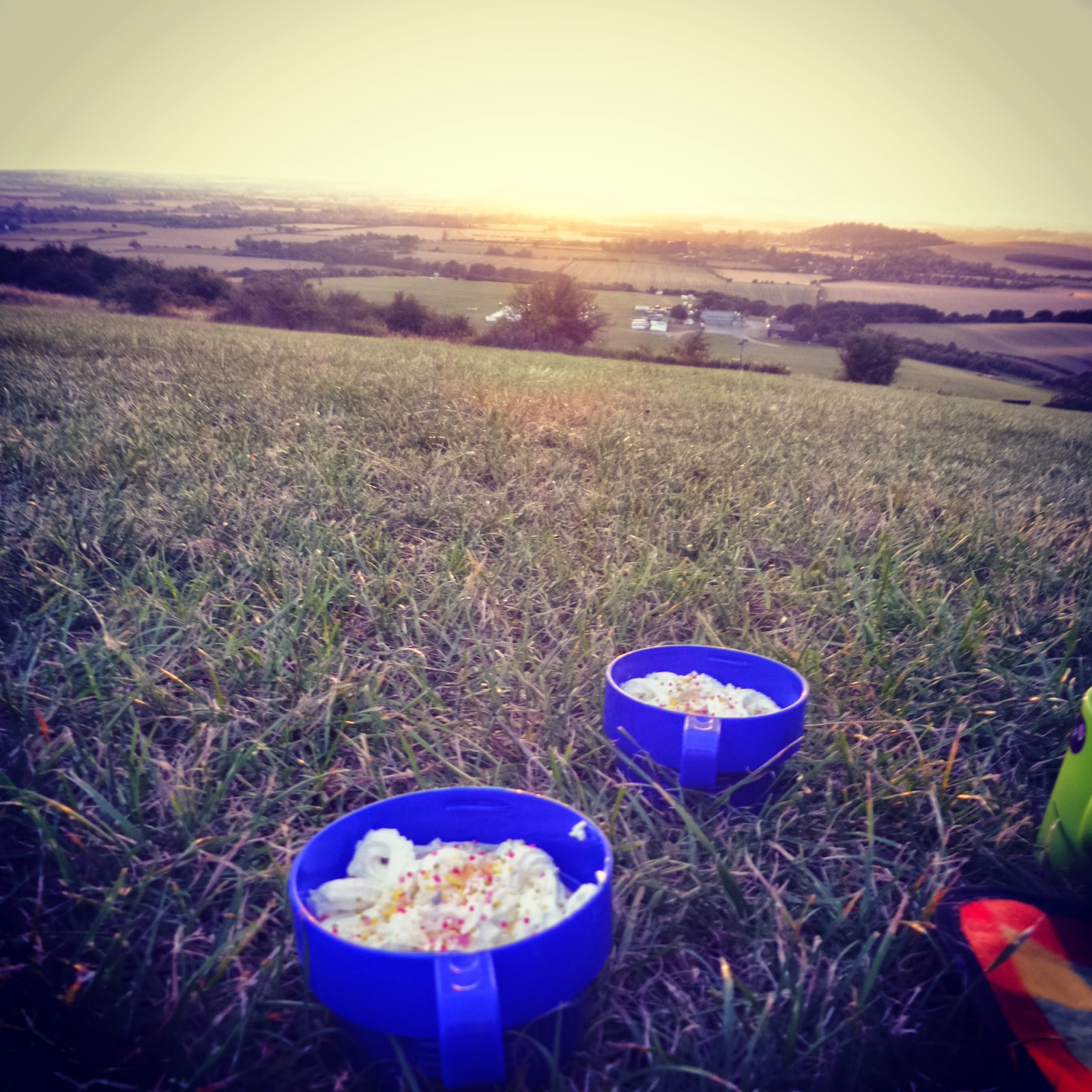 Even the teenagers sitting on a park bench were impressed, but mainly because they were being rather loud and obnoxious and talking about something rather rude and made the comment that they wondered if someone had heard I replied "I think all of Dunstable heard!" and they giggled knowing that despite being a Mum with two young kids I had a sense of humour.

Then again it might of been because they saw me doing this to the children. 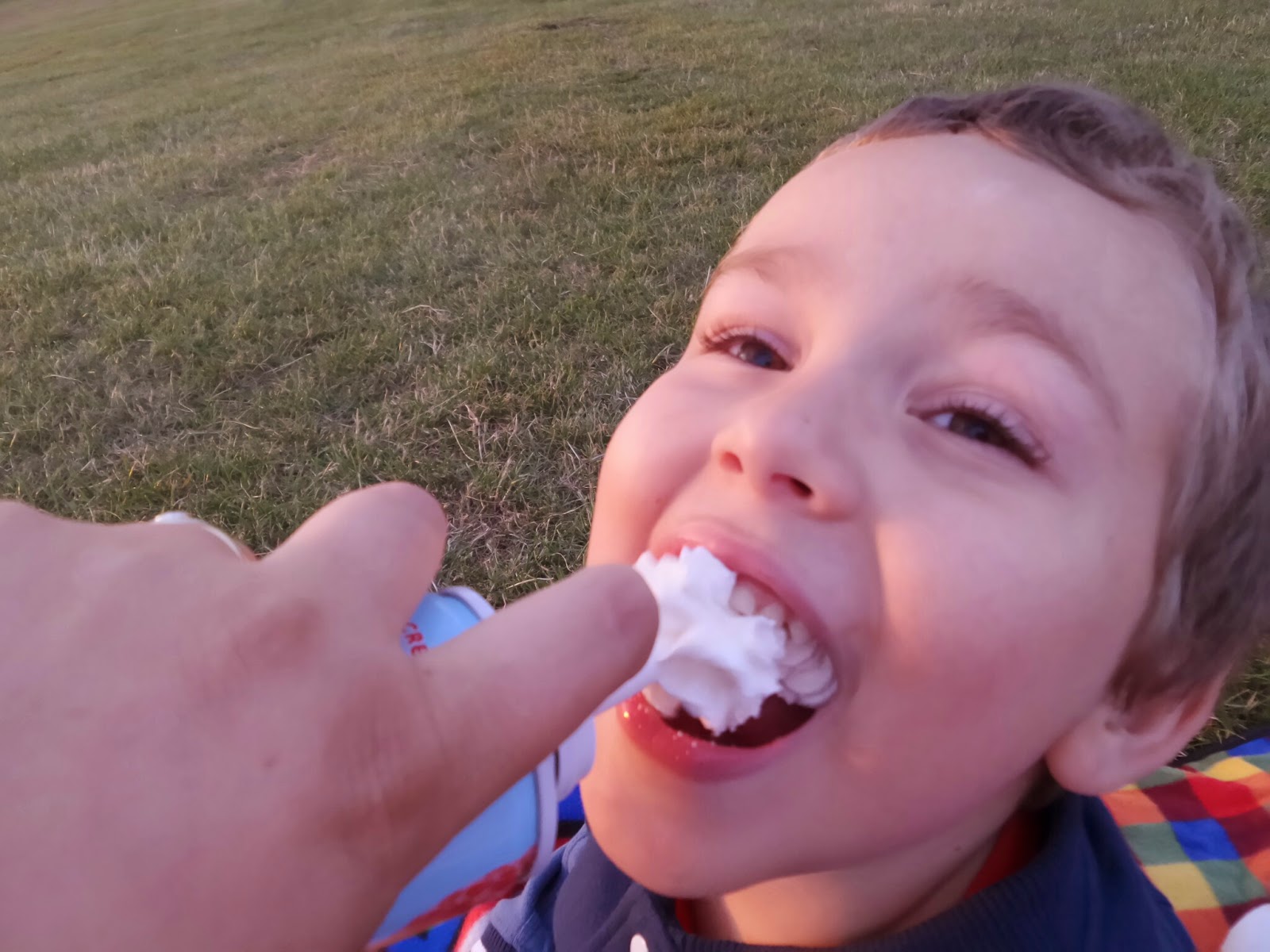 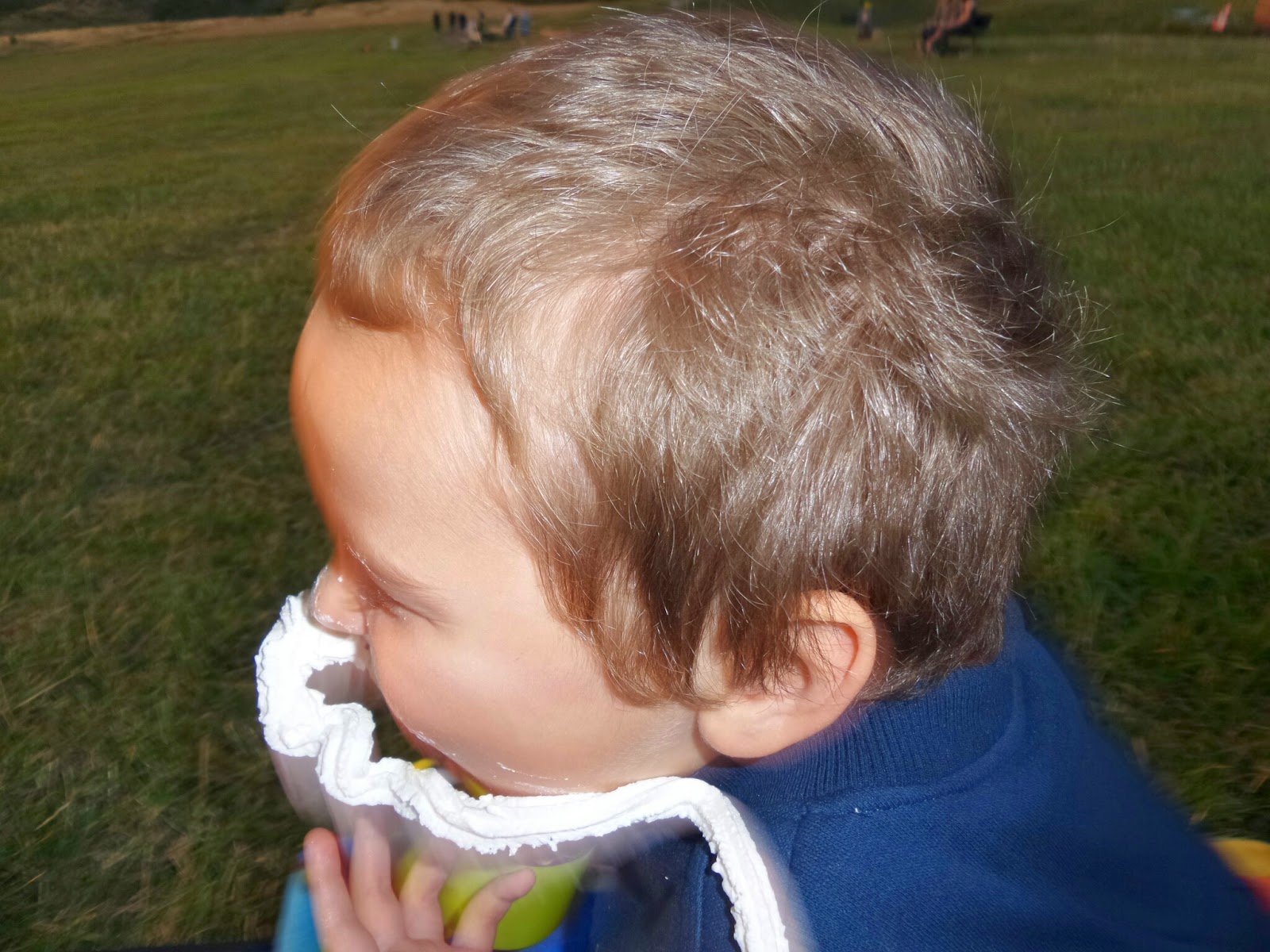 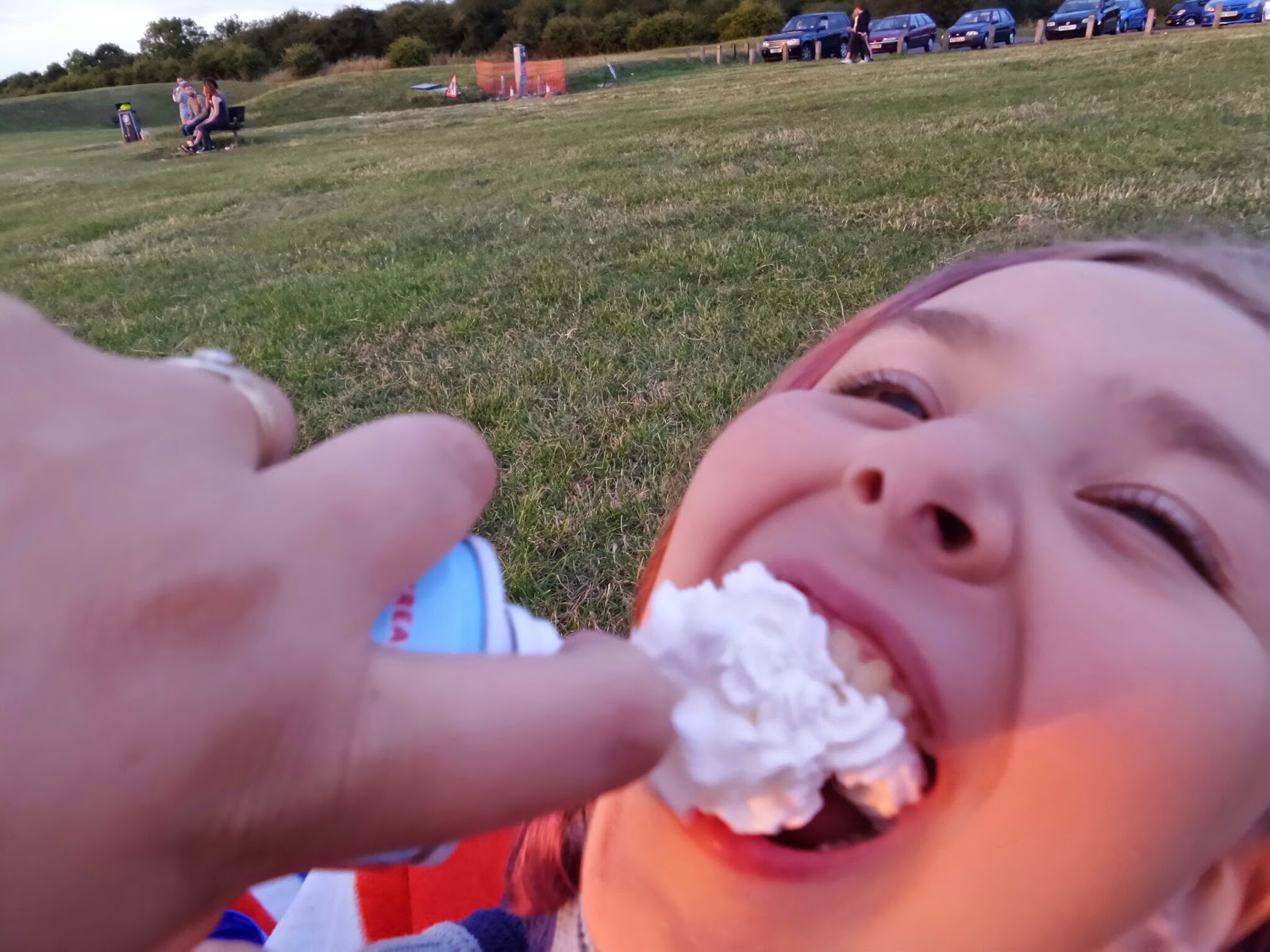 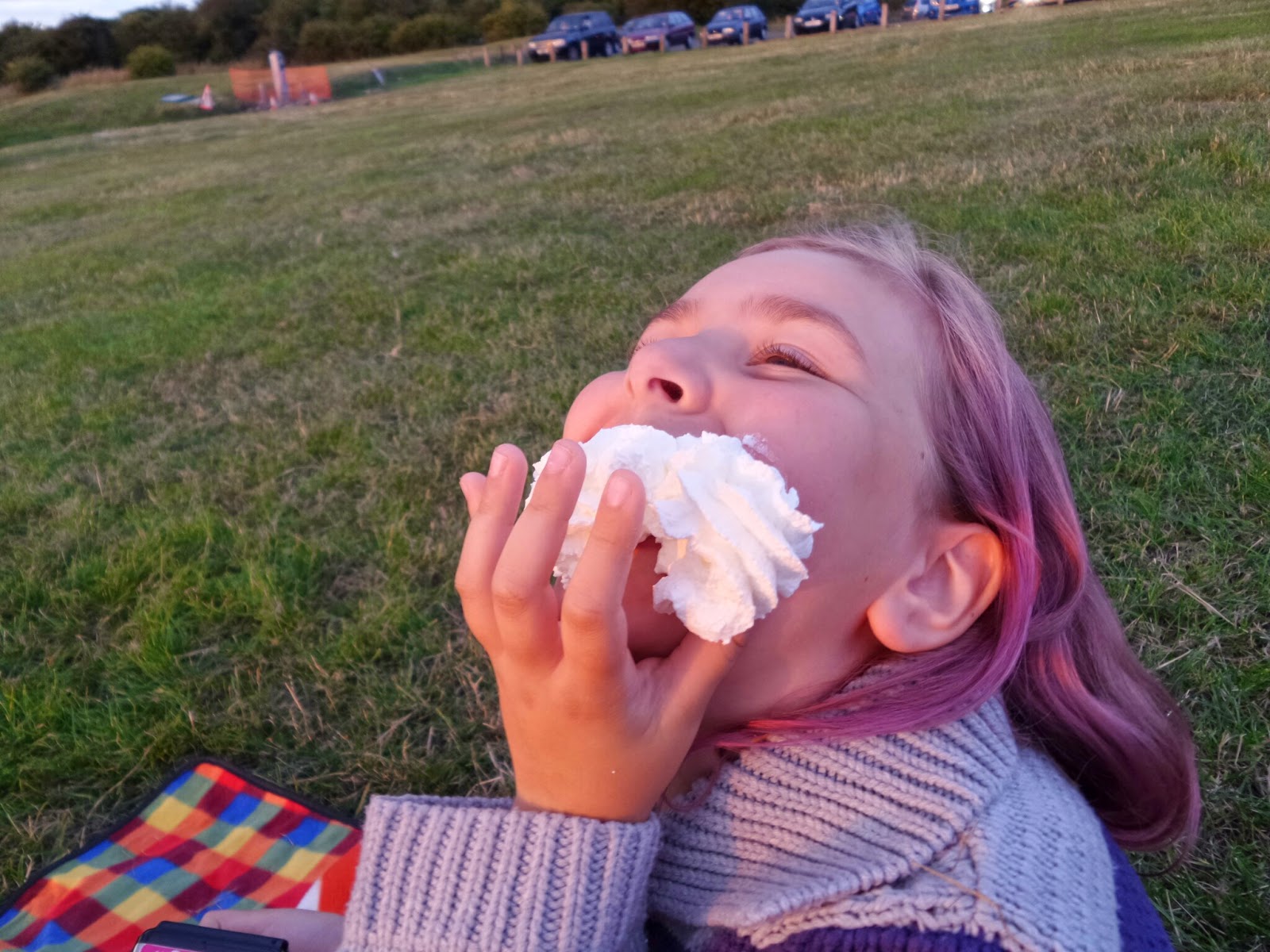 And then after a bit of running around (the children, I sat where I was it was cold!) the Sun started it's spectacular show. 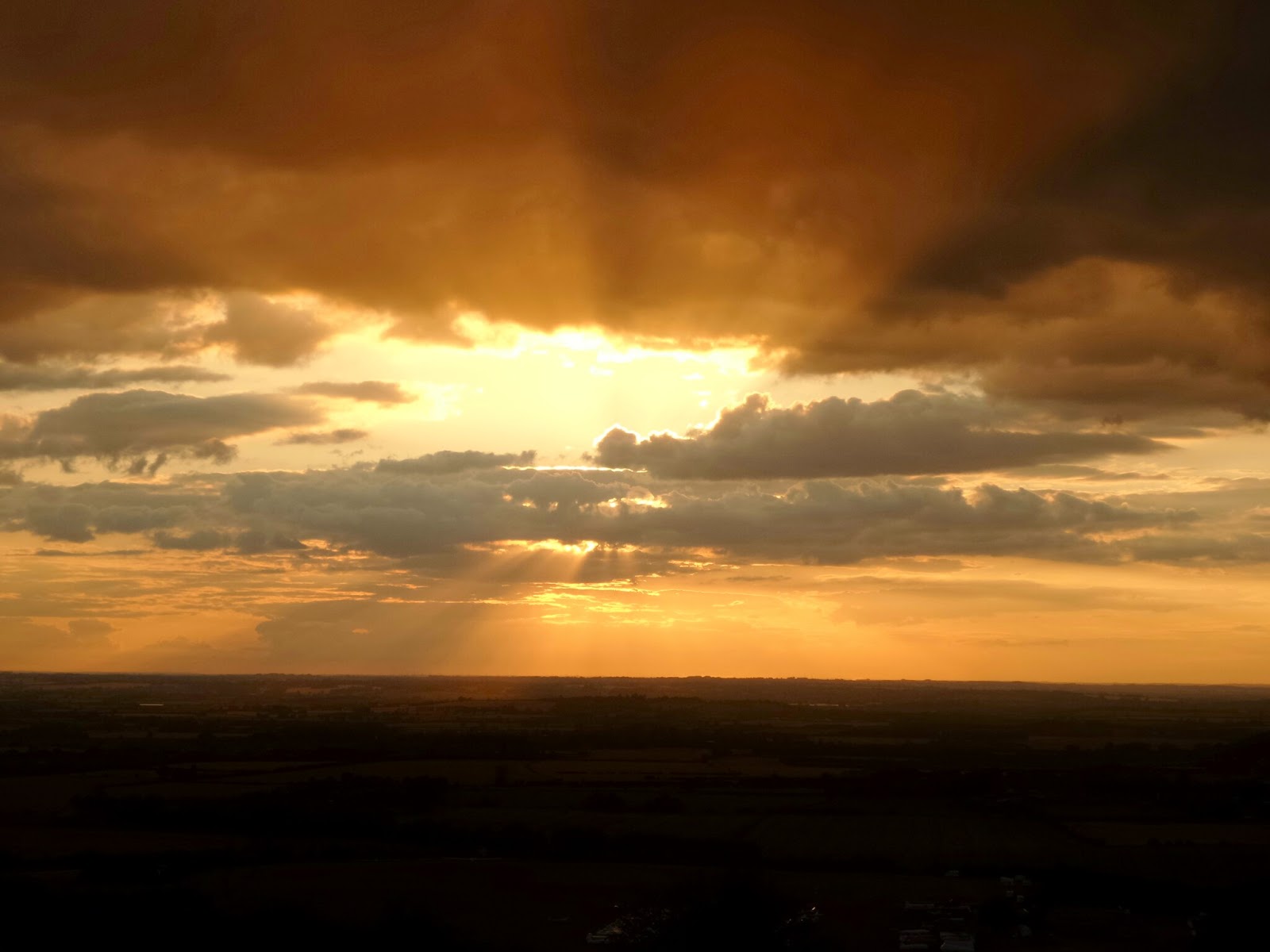 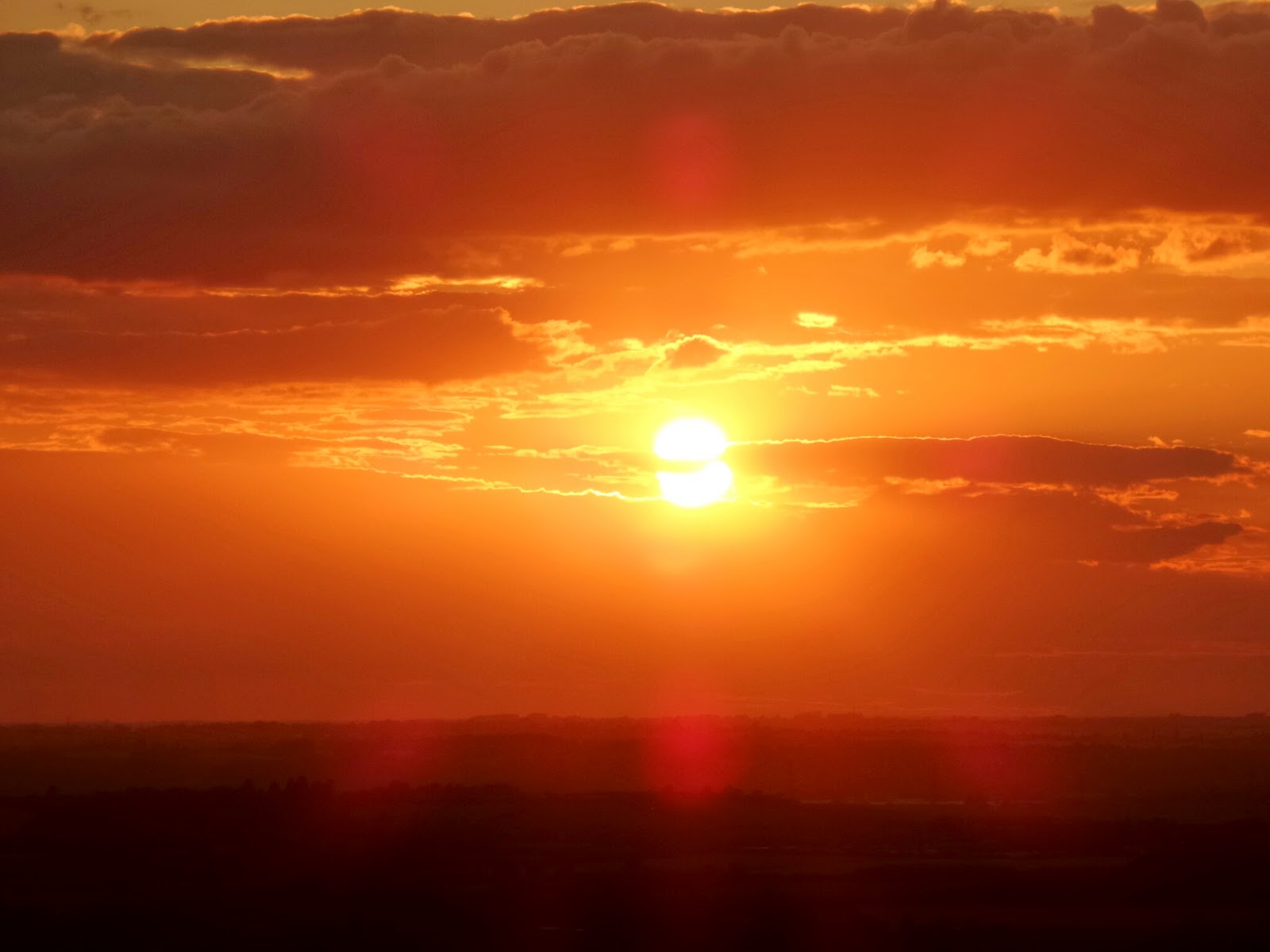 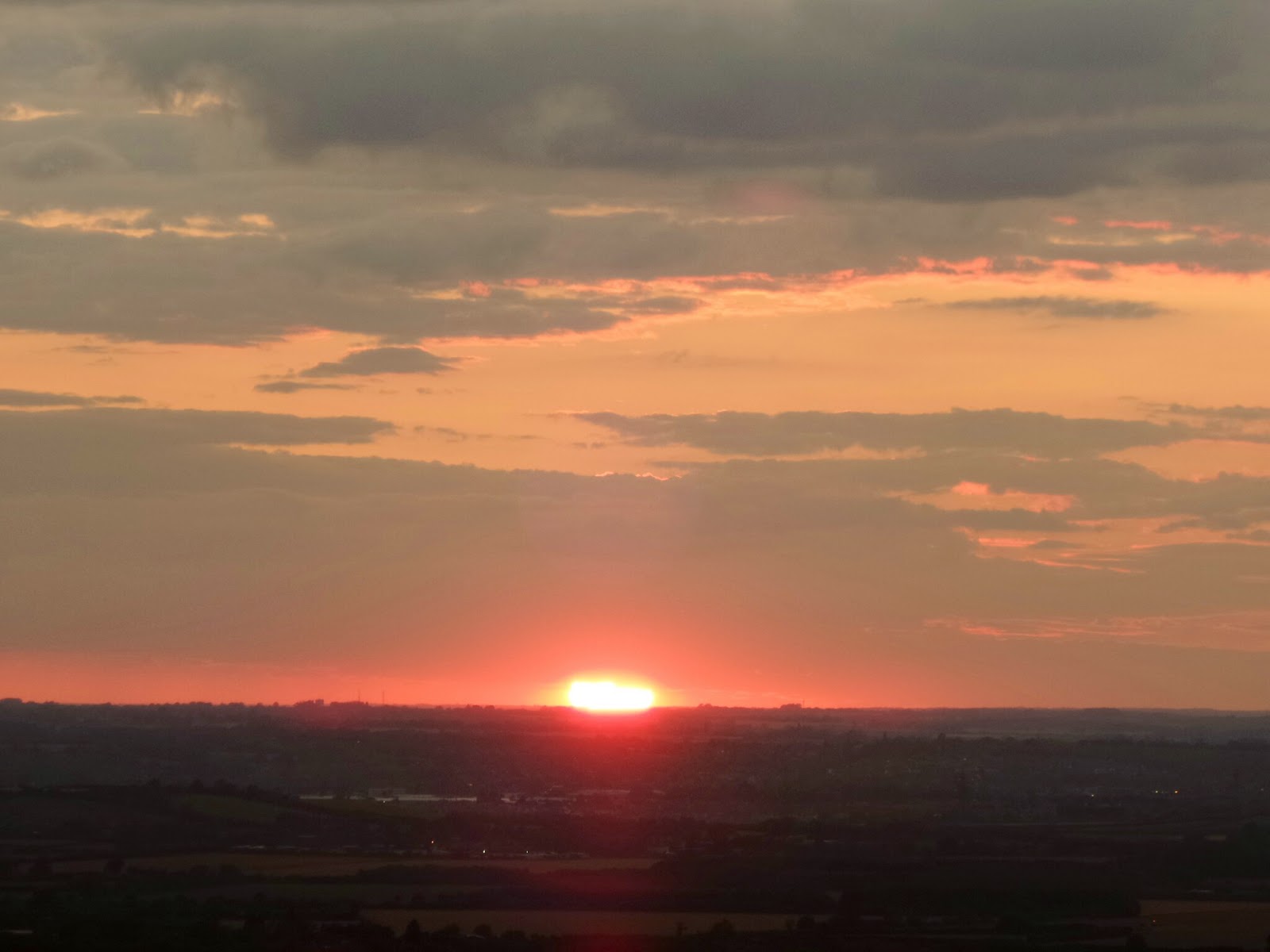 All three of us sat in near silence drinking our Hot Chocolate and watching the sun set on another day. It was absolutely amazing and I can't wait to go again with Daddy at the weekend.
Date Night Family Life Summer