- June 20, 2012
We had Big Boy's first induction/interview at School today. We had a work book that we had to fill out in advance, with simple smiley faces to show if BB could do a few simple things or if he wasn't quite there yet and we then had to take this with us. It also gave us a chance to speak with the head of the foundation stage about what BB was like, about his likes and dislikes, how we thought he would do at School and so the School could see what sort of family we are too. It's a bit late really, seeing as how they have already offered him his place at the School and we've been sending Tops there for the last four years!

BB has been really interested in knowing what it is that he is going to do at School when he goes this September (he thinks that he will be in Top Enders class!) and so I've told him that he will mostly be playing. Of course I know that he'll be learning things whilst he plays and I know he'll be taught a lot, but there is still so much that I want to teach him before he goes to School. Having filled out this booklet with him I know that I don't have to worry about him learning things like colours or shapes or counting. I know that the basics that he has is due to the fun we have at home with his toys and some of the TV programmes that we watch. I don't take any credit because this is all BB, I'm merely another tool for him to use! 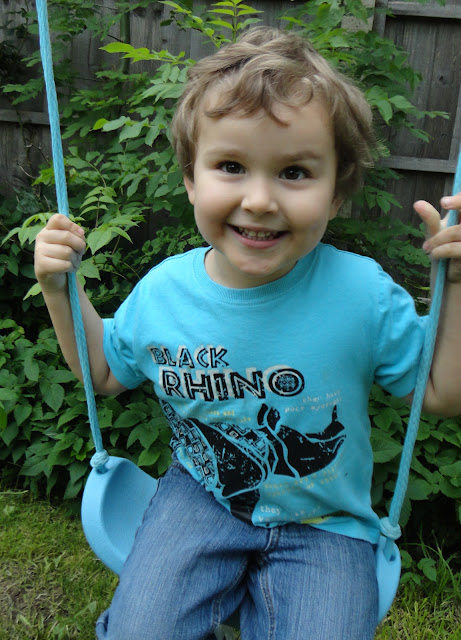 I'm always asking BB questions (and Tops when she is home); what colour something is, how many sides it has, what shape it is, what he thinks the letter sounds of words are. I ask him to explain everything to me. It might be that he explains a game he has played, or a TV show he watched, or a conversation he had with someone or how we made cakes or anything. I think that having to explain himself makes him very aware of what he is doing, he knows that he has to explain it to me in basic terms so that I'll understand. After all we all know that Mummy doesn't know anything...

The teacher was very pleased that BB loves playing with Duplo (and we love being part of the Duplo Bloggers team because we get to play with new Duplo sets on a regular basis) as they use it in the Early Years as a play toy and for maths work too. I love the extras that are printed on the blocks, such as the numbers in the Play with Numbers set or the Play with Letters set we gave my sister. We were sent a new pack recently, a My First Farm set, which at first glance I thought was just a Duplo farm set, but reading the booklet that came with it, I understand that it is a lot more than just a farm. The booklet has questions in which you can ask whilst playing and this was such a great idea, that I can't believe I didn't think of it already.

The questions are simple, like how many red bricks are there? How many bricks have I stacked in this pile? How many animals are there? Which structure is biggest? What do you get from a Chicken? A Sheep? A Cow? 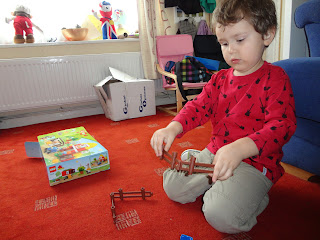 Big Boy loved the fence the most and kept explaining to me how if he used all four pieces he could make a square and a diamond shape, but that if he used three he could make a triangle. It was so great seeing him experience this with his own hands instead of using bricks or drawing shapes and it surprised me at the time just how ready in some ways he is for School, but then seeing him this afternoon playing with children a year older than him I don't know why I was surprised.

I'm not worried about BB going to School this September... okay so maybe a little bit!
School Toys