Chocolate Soreen - It's MINE!

- May 02, 2013
I've put off writing this blog post for as long as I can, because just like when I enter a competition that I don't want anyone else to win I don't want to get other people buying up all the Chocolate Soreen so that there is none left for me! 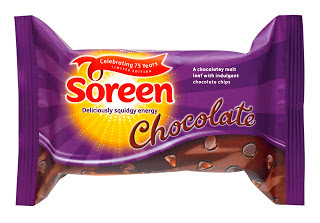 I saw a few weeks back that Soreen were bringing out something special for their 75th Anniversary, (I did think it was for my birthday originally as they are combining two of my favourite things!) they have created a Chocolate Malt Loaf! I was so excited that when MumPanel asked if I'd like to try some and give some to our friends, family and random parents in the School playground, or whoever else I bumped into I of course said Yes. I don't think I have ever been so popular with all the loaves and mini lunch box loaves that I've been handing out and everyone said the same thing to me to start with Chocolate Soreen? Oh no! Then the next day they were all in love with the loaf as much as I was and were sending declaration of love via tweets and Facebook.

The only problem I had with the loaf, was that when I was toasting it the chocolate chips kept falling out into the bottom of my toaster and with my sweet tooth that wasn't going to do, so I ended up grilling it to keep all the chocolatey goodness in the slice where it should be! A few of my friends said that I was just cutting the slices too thin, and it wouldn't happen if I sliced them a bit thicker but I'm on a diet don't they know! I've also found that you don't have to butter the slices... but it's not Soreen if you don't! 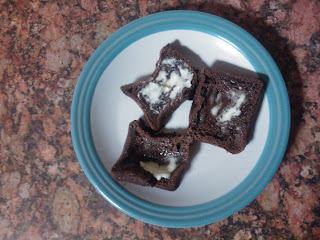 Like Susan's hubby, Daddy has been very disappointed that he hasn't been able to tuck into the loaf and he's hated that the Children and I keep smacking our lips together after having had a slice... I don't think we'll be stopping doing that for quite some time though as you can buy the Chocolate loaves in Asda until the 6th June, in Morrisons from the 20th May until the 10th June and in Sainsbury’s from the 23rd May until the for 13th June.

We were sent Soreen to eat, review and giveaway. I gave away more than I ate. Honest.