- May 12, 2013
Last September Top Ender got a tablet. We decided that it would be a suitable gift for her, as we could download books for her to read onto the tablet, she could access her own blog to update (Sorry it's family only), she could play computer games or surf the web and we thought it would be helpful for her School work too. And we've been proved right, it was a great gift. She reads on her tablet everyday, she updates her blog, she plays computer games to relax and she surfs the web and judging from the Short Story she has been writing and allowed me to read last weekend and her recent parents evening her School work is really improving. 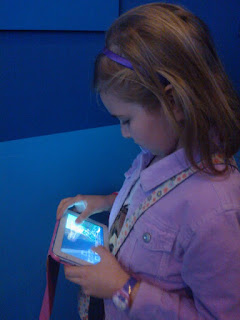 Then Daddy and I got tablets for Christmas. Actually, Daddy got a new tablet and I got my first tablet. They were our gifts to each other as we decided that we'd deserved a big treat and we're so glad that we did. I use mine everyday. It goes out with me to the gym where I use it to watch downloaded TV shows or films. I use it when I'm watching TV to tweet or update my status on facebook. I use it to read blogs, read emails, to play games, to update my own blog and even to surf when I can. The cat keeps surfing Instagram so I don't get a look in really. 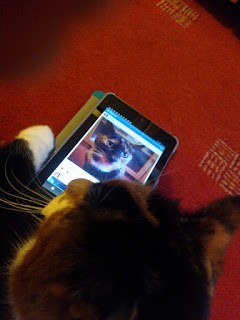 And then Big Boy decided that he wanted a tablet. He wanted to play games, and draw pictures and take pictures. He wanted to watch TV Shows and most importantly watch Youtube videos. So we used the Swagbucks that we had saved up and brought him one. Which we then replaced, because it was naff and got a new one for him, which was a lot better. And Big Boy loved it. He uses it everyday. He writes notes, plays games and watches youtube videos. He surfs the web, draws pictures and creates Minecraft worlds. 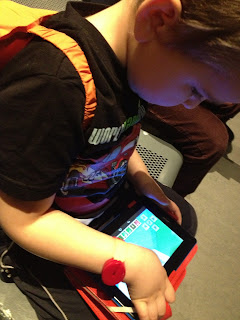 We've become a family of tablet users, all in our own little virtual words.

Yet, instead of spending less time together, we've spent more time together. The children play together every night in their Minecraft World, calling out to each other from their beds about where they are and what they should build next. They play physically together, inventing an imaginary world based upon the world they've created in Minecraft.

We send each other emails and notes and photographs of things that we've seen that are interesting or that we think each other will like. It's encouraged Big Boy to try to read, and he will read the simple notes that we send him and he's typing short notes back.

We sit together instead of being in different rooms, yes we might be all doing something different but we'll chat together as we do and who can deny that Twitter and TV were designed to go together. Never again will we watch a TV programme without letting the world know just what we thought of it!

We've become a family of tablet users, but we like it that way.