- May 11, 2013
On Bank Holiday Monday, we wanted to go somewhere with the Children that was local, fairly deserted and fun. We also wanted to go for a walk and if all of this could be tied up with being free and educational then we'd be happy. We don't ask for much do we! It was Daddy who thought about going to North Loughton Valley Park, in Milton Keynes. 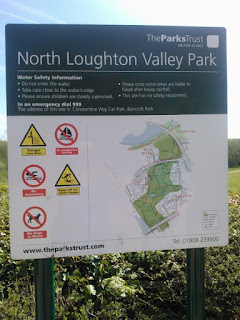 It's free, as are all the parks in Milton Keynes (go on someone prove me wrong now!), there are the ruins of a Roman Villa, so it's educational and as it is a HUGE park then we weren't really going to bump into anyone so it ticked the deserted box. Of course once we'd finished exploring the Roman Villa Ruins we could go for a walk towards the Concrete Cows if we wanted to, which we of course did. 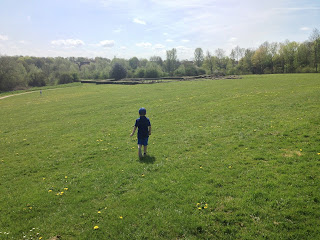 The Roman Villa is now, just a series of small walls, but thanks to the information panels we were able to work out what most of the rooms were (okay, so really we worked out maybe two of them) and we were able to talk about a lot of the local history of Milton Keynes with Top Ender and Big Boy, including why some of the estates in Milton Keynes are called what they are called.

There were a few local residents having a picnic and walking their dogs around the villa grounds and across the rest of North Loughton Valley Park, but for such a public area it is very clean and tidy and the dog owners are very responsible (as in we didn't see or step in one bit of Dog mess). 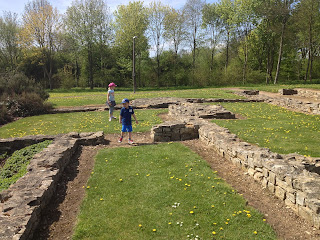 The Roman Walls are of course walls that were put down in the 1980's to protect the original Roman walls (which I think Daddy said were reburied to keep "safe") and the site was last properly excavated at the same time. 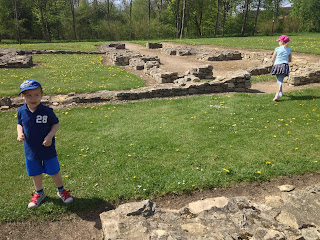 The villa had originally been a winged-corridor house, and was extended to be a bigger building with mosaics floors, which the remains of one can be seen in the Shopping Centre (just outside the girls toilets). 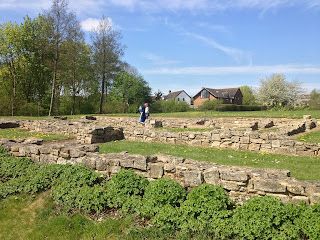 The Children loved walking through the different rooms and were amazed that I knew that the Romans invented under floor heating. I knew paying attention in class was a good thing! 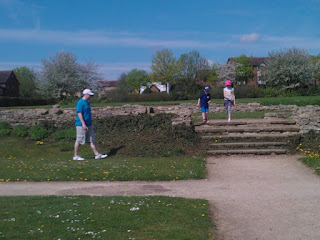 We had a great time exploring the ruins and just enjoying the sunshine, and if you're ever in the area let me know so we can meet up for a Picnic!