- May 27, 2013
With it starting to get warmer again (honestly, we've turned the heating off it must be getting warmer) we're back off on our family walks in the evenings. We're just going to have to work out how to make sure that we get Big Boy fed at the right times so that we can keep his blood sugars steady and not be eating dinner at the time he is normally going to bed! A couple of weeks ago we went to a country park that I used to go to a lot as a child with my family, although it's changed a lot since I was last there. When I was last there it was called Stockgrove Country Park, but despite the name change it's still as beautiful and as fun to walk around as it was when I was young. 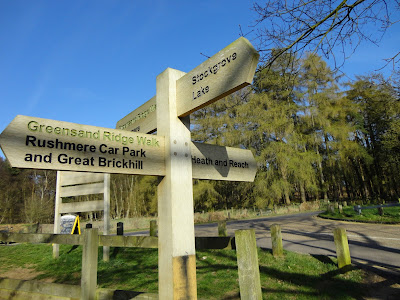 The park is on Brickhill Road in Heath & Reach and there is a £2 parking fee, which you pay as you leave the car park. During the Summer months you'll find a lot of cars parked on the grass verges outside the park, so from memory the best times to go are either late in the day or very early as all you'll meet then are the Dog walkers of the Leighton Buzzard area. The other option of course is to go to the Rushmere Park entrance as it is set up to handle more visitors, but I'll post about that park in the next couple of weeks! 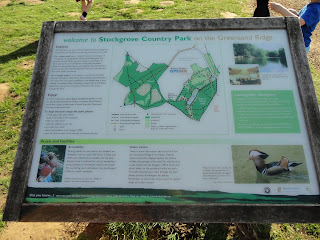 There are plenty of signs giving you directions to different interest points in the park, and we decided to head off down to the Lake as we knew that there were Koi Karp in the Lake and thought that the Children would enjoy it. On our way down to the lake we passed several signs that gave us information about what was going on in the park 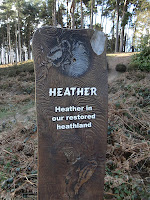 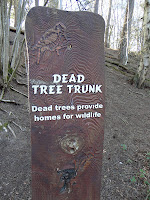 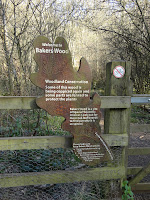 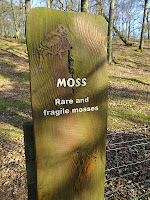 The Children got to sit on benches that I used to sit on and look at trees that I had seen when I was their age (well Top Ender's age as we moved to the area when I was seven). They got to run around and see Squirrels and birds and flowers, and fish and insects and people walking dogs who were polite and said Hello. 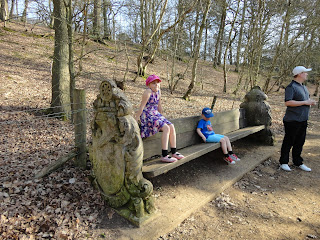 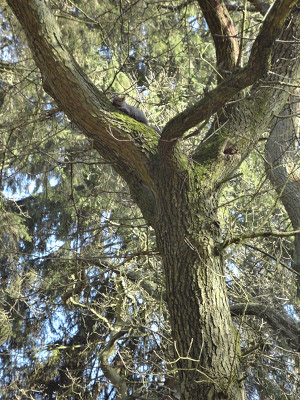 After our walk round the lake, we headed up to the Stockgrove Sundial, where the Children had great fun trying to work out what the time was and climbing on the markers. They have decided that they would like one in our garden, but I'm not so sure that it would work. For a start our cats would probably end up staking it as their own. 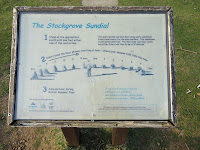 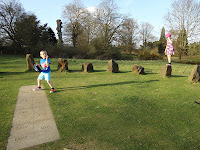 As I mentioned, the area is suitable for Dog Walkers and there are plenty of signs saying where the dogs are allowed off the lead, on the lead and not allowed at all. There were plenty of walkers when we were there and we saw all of them being responsible and picking up their dog mess, so we felt comfortable letting the children run ahead without having to warn them to look out for poo... although there was a lot of rabbit poo around! 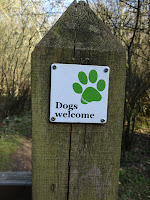 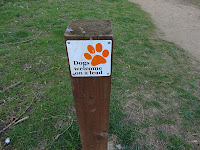 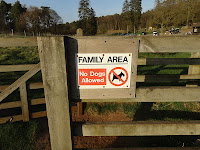 It's a pleasant walk around the park, and it's easy to forget how close you are to "civilisation" despite being so close to major routes. We'll be back to the park, hopefully several times over the next few weeks, but of course the weather will have to really warm up first!